Those of you who know me will know that I'm not a fan of the ongoing patent wars in which, rather than try and either beat competitors with innovation, outstanding product design and excellent quality customer service or, heaven forbid, realise that the market is actually big enough for everybody and live side by side in harmony, they try to sue each other into oblivion or cream money off each item their competitors sell.

They're all at it.  Only this week Microsoft bought more patents that mean they will get more and more money from every Android handset sold, rather ironically meaning that they probably now make more money from Google's smartphone operating system than they do from their own. 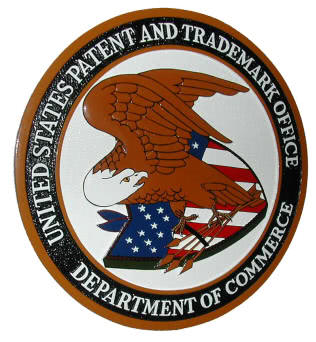 Now Apple has had a patent granted from an application they made in 2009, in which they said "A device with a touch-sensitive display may be unlocked via gestures performed on [it]."  Really?  Who'd have thought it!  They go on to say "The device is unlocked if contact with the display corresponds to a predefined gesture for unlocking the device."

But what does this mean?  Does it mean a swipe upwards like Windows Phone, a swipe sideways like the iPhone or a pattern swipe like Android?  Well clearly it means all three and begs the question how else are you supposed to unlock a device with a touch screen?

The patent, number 7657549, will give Apple a legitimate way to go after every single manufacturer of smartphones and tablet computers for... well forever probably.  This is just ludicrous that a patent that covers something that is completely obvious everyone will have to do could ever be granted.

The upshot of it is that, in theory, Apple could now be the only company allowed to make a touch-screen device that doesn't also now have a physical unlock button, which is plain daft.  This won't happen because Apple will use this to screw yet more money out of every other technology company in revenge for all the money they've screwed out of Apple.  What's more it's another weapon in their arsenal for their ongoing war with Samsung.

So, why should I care you ask yourself.  Well I'll give you two reasons why you should not only care, but why you should care a great deal.  Firstly these pointless battles only serve to push up the price of electronic devices as the lawyers and patent fees all have to be paid for.  What's more it's the general taxpayer who has to pay for many court costs, including the time that then can't be allocated to legitimate cases like crime, with all the repurcussions thereof.

Most importantly though it makes it much harder for any new company to enter the market, no matter how cool, exciting or innovative their products may be.  For now, only the big players can afford the extortionate legal costs associated with these patent battles and, as companies pull out of the market (which is inevitable) we could end up in a pretty dire situation for consumers; does anybody remember the tongue-in-cheek franchise wars from Demolition Man?

It's increasingly difficult for any company now, especially a small start-up, to not only know what has already been patented, or to find something that's not been done.  Something has got to give, and give soon.  If this doesn't happen the entire market will suffer.