It is the second Tuesday of the month which means it is patch day over at Microsoft. The Redmond based company has released a total of four security bulletins that month. One bulletin has received a maximum severity rating of critical, while the three others one of important. The critical vulnerability addresses a issue in the Bluetooth stack that could allow remote code execution. Affected are only Microsoft Windows Vista and Windows 7, and not Windows XP or earlier operating systems.

All supported Microsoft client and server operating systems are affected by the two security vulnerabilities. The last issue is a vulnerability in Microsoft Visio.

Here is an overview of all four security bulletins with links to their pages at the Microsoft Technet website.

The patches are as usual already available via Windows Update, Microsoft Update and via the Microsoft Download Center. The monthly exploit mitigation guide at the Technet Security blog provides additional information about the vulnerabilities and deployment strategies. 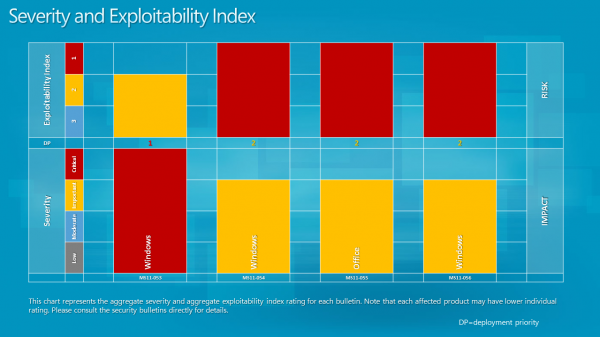 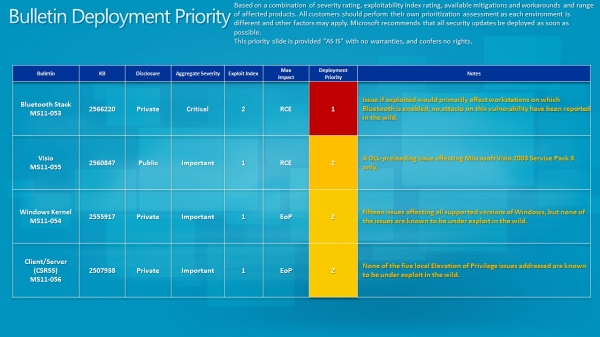 Probably the easiest way to deploy the security updates to a single system is via Windows Update.

Just click on Start > All Programs > Windows Update to open the update screen. You may need to click on Check for updates on the left sidebar if your computer has been up for some time and the updates are not displayed directly in the main window.

Have you updated your system yet? Am I the only user who feels that Microsoft's Download Center is not usable at all at the moment?

Previous Post: « Wireless Network Watcher, Find Out Who Is Connected To Your Wi-Fi Network
Next Post: « Direct Text and Images to Access Services and Programs with Click.to