Lenovo U1 Convertible Tablet finally goes to the FCC

This was the convertible tablet that started it all back in January 2010.Â  The Lenovo U1 hybrid tablet / laptop concept was shown off at the Consumer Electronics Show in Las Vegas all that long time ago and was the first real rival to Apple's iPad to appear.

Despite predating Google's Android tablet though, the U1 never materialised, much to the disappointment of many people, including myself.

The concept was a clever one, at the time anyway.Â  It featured an 11.6 inch tablet and a laptop dock with lid that the tablet simply slotted inside.Â  The laptop ran Windows 7 (which wasÂ still in betaÂ at the time) but when you pulled the tablet out of the casing, which you could do with the machine still switched on, it would change to a custom implementation of Linux, the first Android tablets didn't appear until the end of that year. 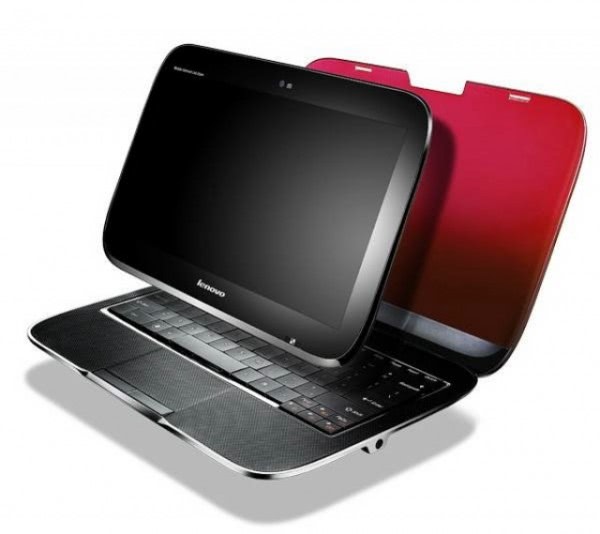 We can expect that the hardware specification will have changed significantly since the initial unveiling more than 18 months ago.Â  Then the laptop component was running an Atom with the tablet using an ARM processor.Â  With Windows 8 around the corner it is likely that the U1 now would use a single ARM processor in the tablet itself to power both devices.Â  It may also now not be a dual-OS machine any more having made the switch exclusively to either Windows 8 or Google Android.

The U1 is an important device as this was the tablet that generated the most excitement of all the devices at CES in 2010.Â  Back then, with two hardware specifications needed and twin operating systems required, it would have made for a very expensive machine.Â  Now though the world has moved on quickly and the U1 has finally become a viable proposition.

It's also interesting to note that Lenovo are one of the few major technology companies to have released tablets so far.Â  This is despite rumours that the company was working on a huge 23 inch monster.Â  This could be for a whole variety of reasons, but these include the desire to get the U1 design, hardware and software right.Â  Ultimately though, we may never know the real reasons for the delay.

Since the U1 was unveiled, many other convertible tablets have appeared with varying amounts of success.

The ASUS Eee Pad Transformer is a very different machine though.Â  This Android tablet with a keyboard dock that hides extra hardware such asÂ a secondÂ battery, is widely considered to be the first convertible tablet to market to get the concept right.

There can be no doubting though that the U1 is a lovely sight to behold.Â  It would need nothing changing externally from the 2010 prototype, and it would surely be a popular tablet regardless of what operating system, or operating systems reside on it when it is finally released.

There's no word yet on when the U1 will be released commercially, or even if for that matter.Â  At the moment all we have to go on are reports of the machine passing Federal Communications Commission (FCC) approval.Â  Lenovo have kept us waiting for so long however that people may be quite willing to wait some time longer for this lovely tablet.Â  On the flipside however the company also needs to step up a gear and release a product soon, if it's not to be left behind completely in this ever-expanding and highly-competitive market.

Article Name
Lenovo U1 Convertible Tablet finally goes to the FCC
Description
The Lenovo U1 hybrid tablet / laptop concept was shown off at the Consumer Electronics Show in Las Vegas all that long time ago and was the first real rival to Apple's iPad to appear.
Author
Mike Halsey
Publisher
Ghacks Technology News
Logo
Advertisement

Previous Post: « Logitech G930 Wireless PC Gaming Headset Review
Next Post: « Is the era of the PC over?