What to do when Windows Task Manager does not open - gHacks Tech News
ghacks.net

What to do when Windows Task Manager does not open

Windows Task Manager, among other functions, allows you to stop applications and processes that are interfering with the Windows operating system or particular programs and applications. This is particularly pertinent when malware infections are running. You can find them in the Task Manager and stop them then remove them. Often, malware processes that are actively running will not be quarantined by many antivirus programs. What happens if Ctrl+Alt+Del will not work? If you are unable to open Task Manager from the start menu because a virus has locked you out, how do you open it? This article gives you six different ways to ensure access to the Task Manager so that you can stop malware processes and take back control of your PC.

For some time, the familiar three-finger tactic of Ctrl+Alt+Del would bring you directly to Windows Task Manager. That was the case until Windows Vista was born from the Microsoft womb. Now it simply brings up a Windows Security Screen presenting five options, one of which is Windows Task Manager. As stated previously, malware can block this tried and true tactic, though it is reasonable to try this first. 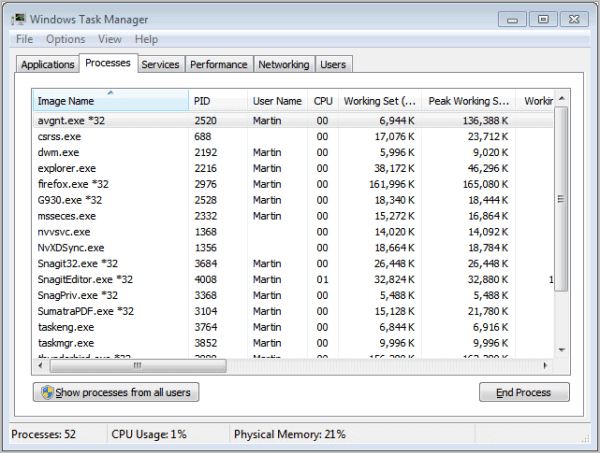 The easiest method for opening Windows Task Manager is to right-click the taskbar and then select Task Manager. This is a two-click method, but you can also create an Automatic HotKey that will bring up the task manager with a single key click. You can download a free utility for this: AutoHotkey download page.

All information is included to create a HotKey for Windows Task Manager, or any other application. The next option is to use the Run command. At the Start Menu, select All Programs and then under Accessories, click the Run command. Type taskmgr and press Enter. The Task Manager opens.

Ctrl+Shift+Esc will bring up the Task Manager as well, at least on most versions of Windows. This is your next bailout.
If all else fails, you can use the lengthy method of browsing to taskmgr.exe. Navigate to C:\Windows\System32\taskmgr.exe. Double click taskmgr.exe and you are in.

Finally, create a desktop shortcut to access Task Manager. Do this in addition to creating a HotKey. That gives you two quick default access methods. Simply right-click on your desktop and select New and then click Shortcut and a window will open. Follow the same path as above: C:\Windows\System32\taskmgr.exe. Click Next and type a name for the shortcut then click Finish to conclude. This will create a desktop icon allowing you to immediately open Windows Task Manager in the event of malware infection or any other reason. I highly recommend this and the HotKey approach. They are the fastest ways to open Task Manager when it is impaired by malware.

Follow these steps and you can’t fail. You will trick any virus and be able to stop malware processes and effectively remove the malware using your antivirus software.

Martin's Comment: Please note that there may be malware that blocks the task manager completely, so that not the access method, but the program itself cannot be opened by the user of the operating system. Your best in such a situation is to scan the system with antivirus software like Avast, Microsoft Security Essentials, AVG or one of the commercial solutions like Kaspersky, Symantec or BitDefender.