Does the West want to constrain the Internet..? Part 2 - gHacks Tech News
ghacks.net

Does the West want to constrain the Internet..? Part 2

Yesterday I wrote and article about how Iran apparently wants to create its own in-country Internet. This move is almost unprecedented with only North Korea having done this before. In the article I discussed the situation with Internet access in these two countries and also in China, which has a reasonable open policy for web access though sites which criticise the communist regime there are still banned.

This first part of this article series seemed to raise some strong feelings from you all, and I must ask that you please continue to respect other people's cultures and beliefs when commenting. In part two I want to examine the west's current approach to the Internet. 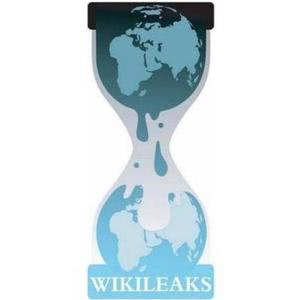 There have been several major Internet events in the last year that have raised all sorts of questions about the Internet freedoms we all enjoy, and what the future of the Internet should look like. The first of these was the WikiLeaks scandal where hundreds of thousands of secure military documents were 'stolen' by a soldier and later exposed.

Now one thing I'm not going to do here is get into a discussion about the leaks themselves, or how the Pentagon's internal security allowed the documents to be appropriated in the first instance. It is interesting to note the US government's initial response to the leaks however.

People were reported inside the Pentagon saying that it should not be possible to publish these types of documents on the Internet, and that governments should have greater control over what can and can't be published online.

It's very interesting this as, while this was probably a reaction resulting more from initial anger than reasoned judgement, we know that major western powers are thinking about this and that there are diametrically opposing viewpoints.

The French for instance recently passed a file sharing law that many countries in the European Union strongly disagree with, and the UK government has publicly stated that the Internet should not be constrained.

The UK is another interesting case. Here recently a premier league footballer had obtained what's known as a "super-injunction" against a former reality television personality that he'd had an affair with. The reasons for the injunction are still not clear though blackmail has been suggested. Despite the British press doing their bit to maintain the injunction and not naming the footballer, hundreds of thousands of people on Twitter publicly outed him.

This has started a debate in the UK about our own laws but not in the context of constraining the Internet, quite the opposite in fact. The debate here has been about bringing UK law up to date so that it can accommodate the Internet.

This doesn't mean that any new laws, if and when passed, won't give greater powers to the authorities over finding the identities of people who break the law online so that they can be prosecuted. Indeed every Internet service provider in the UK, after 9/11 was required to fit a "black box" so that email traffic in the country can be monitored for crime and terrorism detection purposes. Many people opposed this at the time but the Labour government in power in the early 00's got it through parliament.

Now I'm not going to speculate what freedoms we should all have online, you will decide that for yourself, but it's becoming clear that there is a very strong debate going on in the west about the Internet and if it should be constrained. It's still possible that some constraints will be put in place, all in the name of terrorism, crime and national security, and this will be a major battle-ground for people's who have so far enjoyed unfettered access to what they want to see and do online.

In part 3 of this article series I'll look at how the Internet is being used by criminals and terrorists, and also how major world powers are already using it in warfare.