Chrome Does Not Play Well With Outdated Graphics Card Drivers

PC gamers know that they need to update their graphics card drivers frequently to improve performance, compatibility and stability. Not everyone is a gamer though and there are users who have never updated the graphics driver and other system drivers in their life. These users specifically may experience issues with Google Chrome's hardware acceleration feature.

Google as a consequence has added "ranges of old drivers to Google Chrome’s software rendering list". This means that users with hardware acceleration compatible hardware cannot use the feature because the drivers they have installed on their systems are outdated and thus blacklisted.

Google recommends that users should use the latest major version of their operating system and install the latest device drivers that are available for the computer.

Recommending the latest major version of the operating system could severely irritate Chrome users who run an older version. Windows XP for instance is still by far the most used version of Windows, and asking XP users to update to Windows 7 to use hardware acceleration in Chrome could convince some to make the easier change to another web browser instead.

The second recommendation, to update device drivers, is recommended by all browser developers. The process is not complicated as long as one knows which hardware is installed on the system and where to download the latest drivers.

The core problem, at least on Windows, is that the operating system does not offer a repository for all drivers, which leaves Windows users with no other choice than to download and install the drivers manually.

The following links lead to websites where the latest device drivers can be downloaded:

Free and commercial driver updating tools are available which can simplify the updating process. Most are however known to produce false positives as well which means that the programs need to be used with caution. We have reviewed some here: Windows Driver Updates.

Hardware acceleration is one of the new core features of modern web browsers, and with that feature comes the necessity to install and run the latest device drivers to avoid the problems that Henry Bridge mentioned in the blog posting. 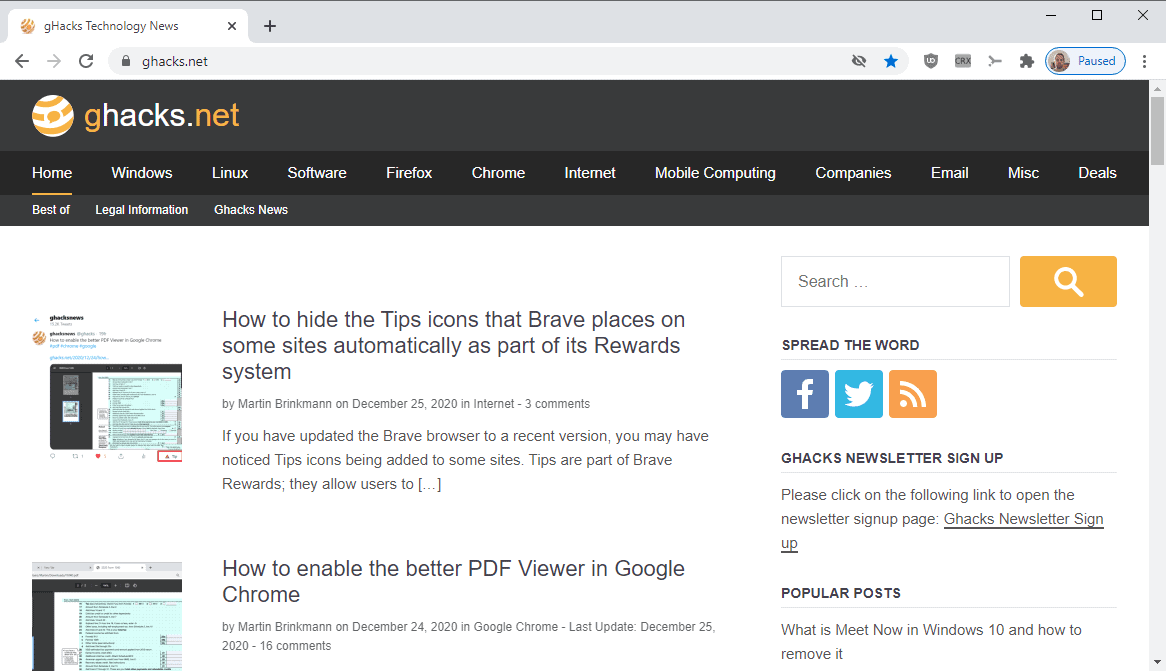