Puran Defrag is a disk defragmentation software for the Windows operating system.

Fragmention occurs over time when programs and files cannot be saved in one block on the hard drive but need to be stored in separate chunks on it.

The main issue here is that fragmentation may delay read, write and execute operations so that you are experiencing slower access times and performance drops.

While Windows ships with its own defragmentation tool, third-party programs ship often with advanced features like the ability to move important files into faster sectors on a hard drive to speed up access further. 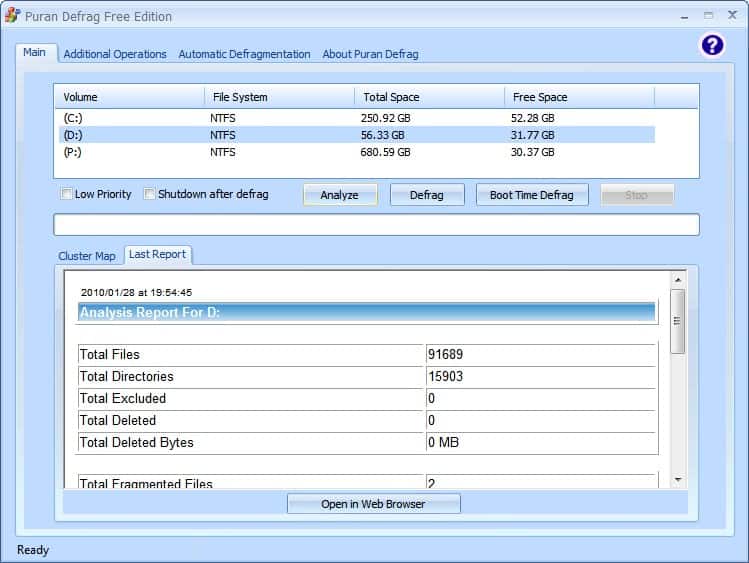 Puran Defrag comes with all the basic defragmentation options one would expect from such a program, and many advanced options that are usually only found in commercial applications.

The software's main interface is divided into three sections that are divided by the tabs in the top row.

It starts with the main section, which offers basic defragmentation options. You can use them to defragment one or multiple partitions on the computer system.

Apart from that, you may set a low priority for the process which is important if you need to use the computer during the time of defragmentation.

There is also an option to have the device shut down automatically when the defrag process finishes, and to run a boot time defragmentation.

First thing you may want to do however is use the analyze option to find out about a volumes fragmentation status as it would not make much sense to run a defrag operation on a drive that is hardly fragmented. 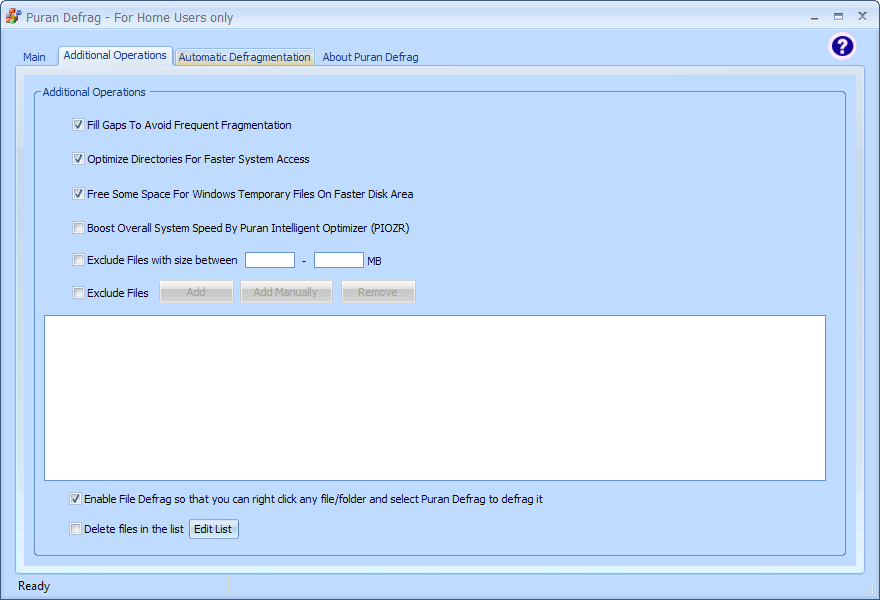 The Additional Operations tab, the second tab in Puran Defrag's interface, offers advanced defragmentation options that you can configure there.

The first three options are checked by default and thus enabled, the remaining are not. 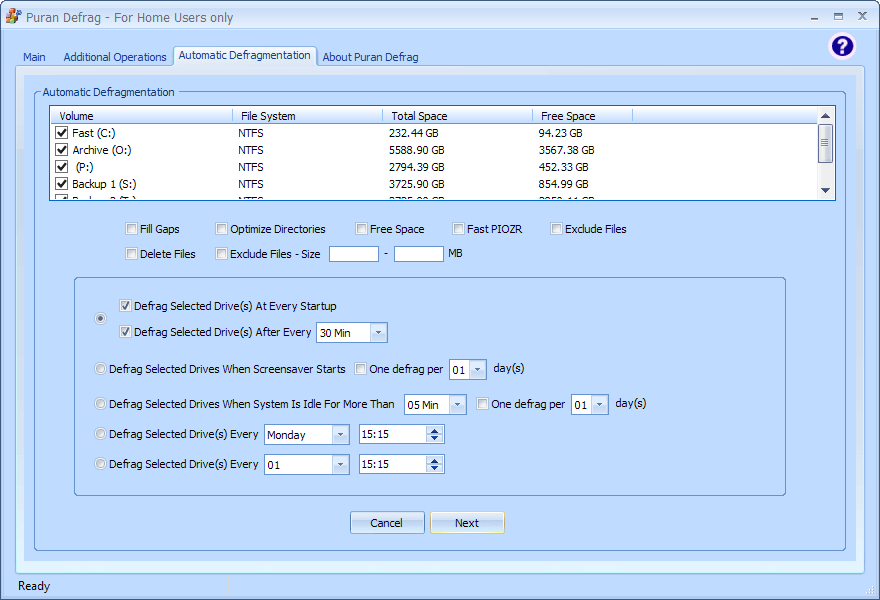 The third tab can be used to schedule automatic defragmentation of select volumes. Puran Defrag lists major options that it supports on this tab.

Apart from scheduling the job in detail, you may also enable optional settings such as the aforementioned fill gaps, exclude files or free space settings.

The program offers no protection for Solid State Drives (SSD) on the other hand which means that you need to be careful when you are selecting volumes for defragmentation.

Puran Defrag is a very sophisticated and comfortable to use disk defragmenter. It is available for all recent and not so recent 32-bit and 64-bit Windows operating systems.

A free and commercial version of the program is offered at the developer's website. Both versions do however provide the same functionality and the free version can also be used in a commercial environment.

Martin Brinkmann is a journalist from Germany who founded Ghacks Technology News Back in 2005. He is passionate about all things tech and knows the Internet and computers like the back of his hand. You can follow Martin on Facebook or Twitter
View all posts by Martin Brinkmann →
Previous Post: « Update Computer Drivers With Driver Easy
Next Post: iCare Data Recovery Review »