If you ask Windows users how they switch between applications then a majority will likely state they they use the Windows taskbar to do so.

But there are others who prefer a keyboard shortcut like Alt-Tab to quickly bring another running program or window to the front. The free software Switcher offers another possibility.

The now abandoned program was initially designed to be compatible with Windows Vista but tests have shown that it is fully compatible with Microsoft's latest operating system Windows 7 and even Windows 10 as well. Best of all, the application is available as a portable version as well.

Switcher will display a configuration menu after installation which can be used to configure the program. This starts by choosing one of three view modes, animation and appearance settings, or the window style over filters, keyboard shortcuts and detailed advanced settings. 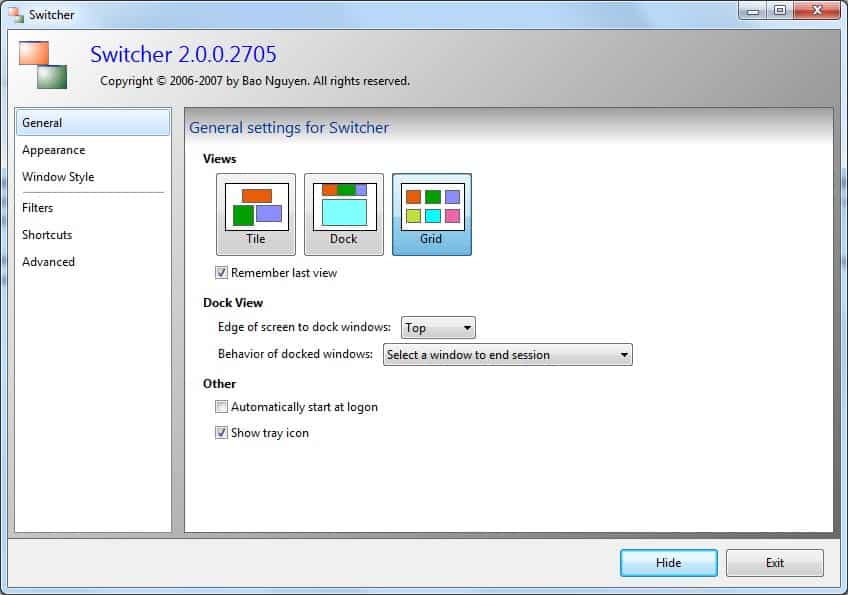 The user should take a close look at the view modes available and at the keyboard shortcuts and adjust them for better personalization. A total of three view modes are available: Tile, Dock and Grid with Tile being the default view mode.

Tile will simply place all windows on the screen whereas dock places them on top, and grid ordered and next to each other.

The settings window can be hidden afterwards and the application itself controlled by the keyboard shortcuts. All windows will be displayed in the selected view mode after the corresponding keyboard shortcut is put into action. The same key is then used to switch through the windows. The enter key will bring the selected window to the front.

All windows are numbered and it is also possible to press a number to bring the window to the front immediately without having to flip through individual windows first. 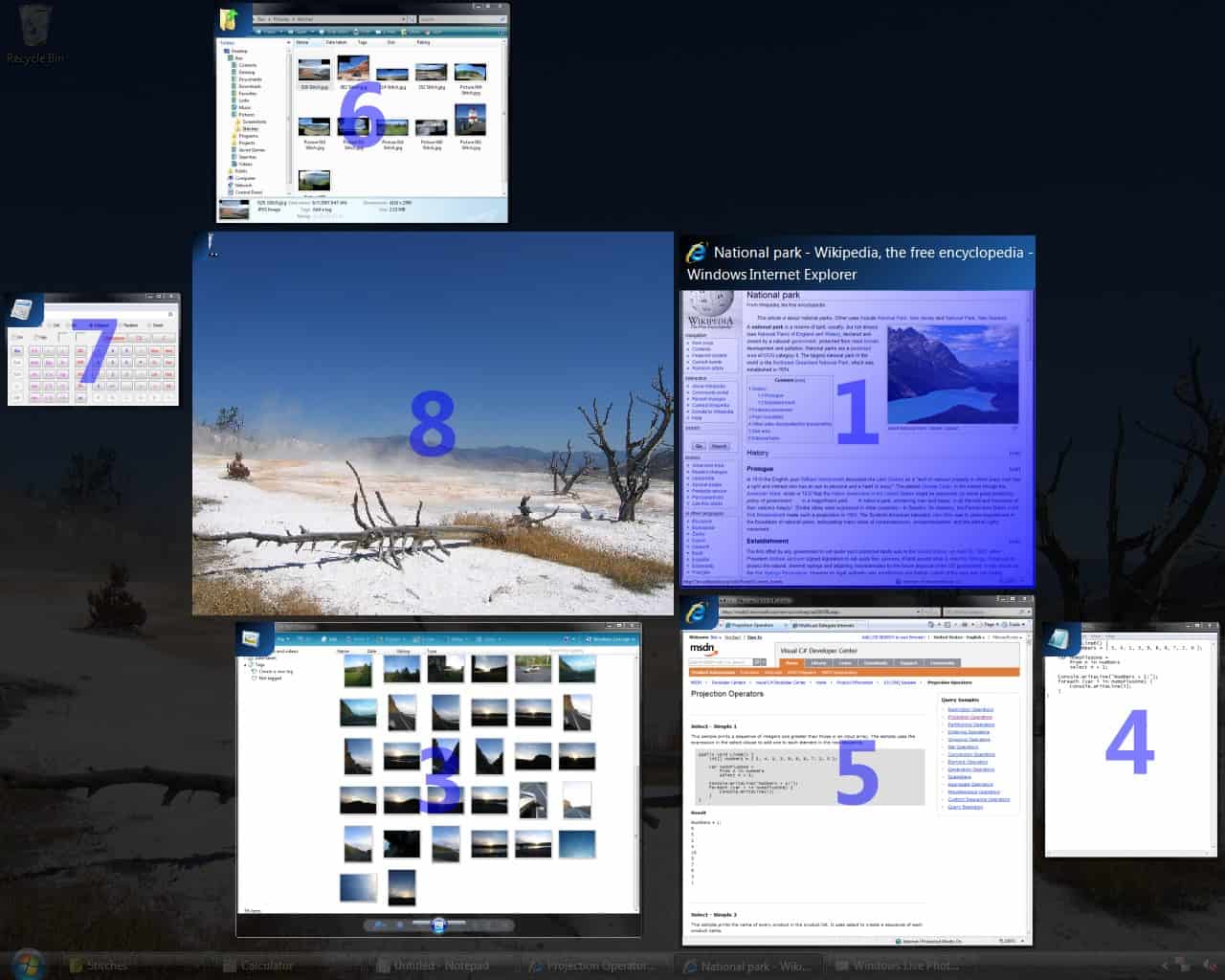 Another interesting feature is the multi-monitor support that is enabled by default. Switcher can be downloaded from the developer's website where it is available as an installer and portable version.

Update: Switcher has not been updated since 2007. While that means that you should not expect updates for it anymore, it is interesting to note that it still works well in the version released nearly 10 years ago (at the time of writing this update).

So, if you want a different kind of application switcher, one that gives you more control over the process, is keyboard driven, and relatively light on resources, then you may want to give Switcher a try as it ticks all those boxes.