The MIX09 technology conference which concentrates on web design and development took place in Las Vegas from March 18 - 20, 2009. All of the sessions of the event have been recorded and made available online.

A total of 122 sessions are freely accessible online and even available as downloads in various formats including Windows Media Video or as a PowerPoint presentation. Most if not all of the sessions target web developers and to a lesser extent decision makers.

Eight sessions are displayed per page. Each lists a title and a short description of each session. A tag cloud can also be used to display only sessions about a certain topic to narrow down the results. Some sessions include information about new products that have since been mentioned on several news sites including the official release of Microsoft Internet Explorer 8, an overview of Windows Mobile 6.5 or the Microsoft Translator Widget which makes use of Ajax to translate a website on the fly without having to reload most of the contents. 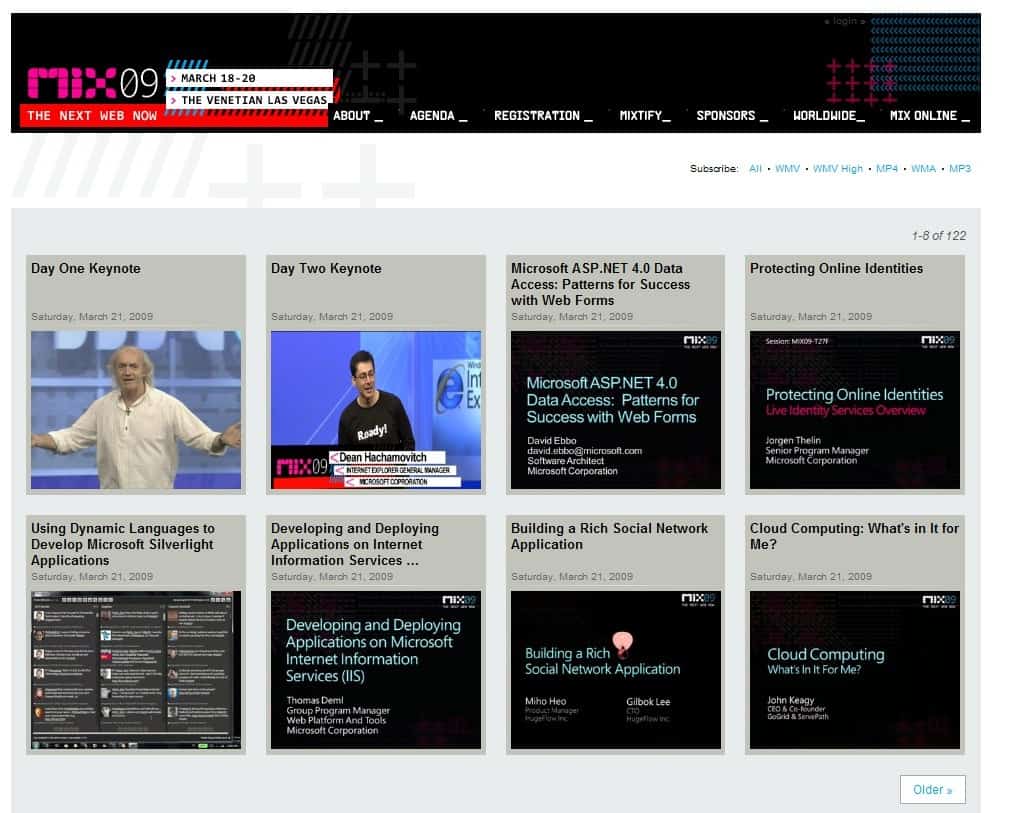 Still, most of the sessions are only interesting for developers who use those technologies as they tend to get technical pretty soon.

Play times vary widely from session to session but usually range between 20 and 80 minutes.

Update: Please note that you can watch sessions recorded on other Mix technology conferences as well now. At the time of writing (December 2012) that means from Mix 06 to Mix 11. More than 100 session recordings are available for the last three Mix conferences, a little bit less for the conferences before that. Sessions can not only be streamed but also downloaded in various formats to the local computer.

It may be the case that some recordings are not available on the site, if that is the case, check back later to download or view the session.