Last year, around the same time, we spotted a very interesting service that made it possible to dress five people as elfs and have them perform a dance afterwards. The Elf Yourself craze was born and it quickly became a popular website. On a sidenote, my nephew who was 4 at the time, loved to see his family dance the elf dance.

This year the Elf Yourself website has been redesigned. There is a bit more of advertisement on the website but also additional content to make up for it. Don't worry! There is still the classic elves dance for those who might have missed it last year or cannot get enough of it.

In addition though you can now see them dance Disco, Country or Charleston as well each with a unique stage and effects. The music is obviously also different on every stage. 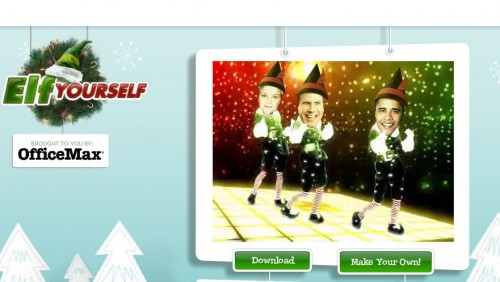 The developers have added possibilities to download the videos to the desktop or post them on various social networking sites like MySpace or Facebook. Expect a huge increase in Elf Yourself appearances on those sites.

Update: The Elf Yourself website is now redirecting to the Jibjab website where you find a larger assortment of animated ecards for the Holiday season and other events. As far as holiday ecards go, you get a couple of different categories to select from, from three beloved elf cards over classic movies and twisted holiday to music videos. 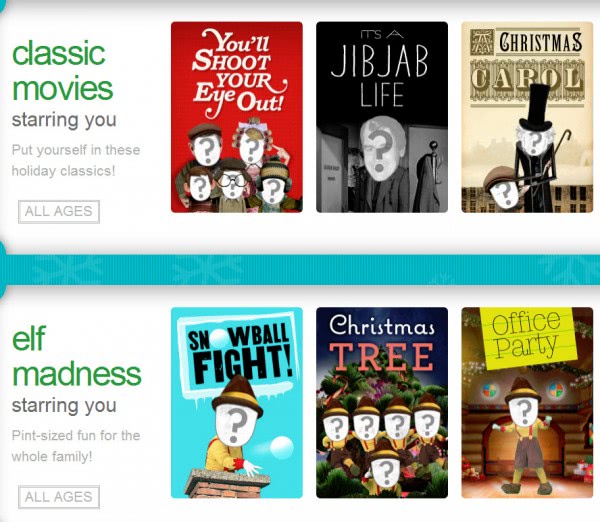 The basic principle has remained the same. You need to upload one or multiple profile shots that are then added to the animated card in the right location.Once you have uploaded the photos and configured them properly, you may add a message before you send the card to one or multiple recipients.

I'm normally not a fan of putting images of people I know on the Internet but I made an exception for the Elf Yourself website. The pictures are still private and not viewable by anyone who does not know the correct link to the set that you have created. But let me start with a short explanation of what Elf Yourself is all about.

You can upload up to four images to the website, portraits preferred, and put the heads of the people on those images on elf bodies who will perform a short dance. A friend of mine was sending me a choreography that he created from pictures of his family and it was hilarious.

I did the same for my family and everyone liked it a lot. Heads can be scaled and rotated to match the body of the elf. Dots which can be partially moved are used to outline the head in detail. A outlined mouth has to be placed on the mouth of the person on the image as well.

It is possible to add and edit up to four pictures or use random images (from a preselected pool) to fill blank spaces. Voices can be added as well by dialing a phone number in the United States, probably a bit unpractical for users who do not live in the States. A link is generated which can then be send to friends and relatives as a pleasant surprise.

Update: The website is still available and works as advertised. If you always wanted to dance with President Obama, Arnold Schwarzenegger and The Queen of England, it is your chance to do so.

If you do not like elfs, try the Jibjab website instead. It offers additional animated ecards that you can create using a similar process.