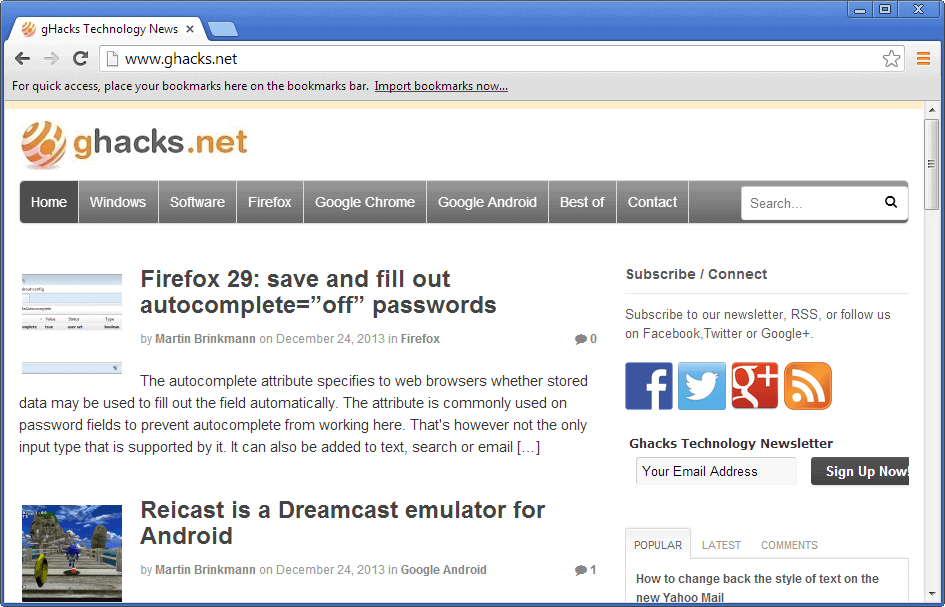 The release of Google Chrome and its Open Source counterpart Chromium put Google for the first time in a position that Microsoft experienced for a very long time.

Users are looking at Microsoft products with suspicion in regards to privacy, suspecting that the company uses identifiable bits of information to track users and create user profiles.

Several tools and programs have been created as a response that remove those bits of information from Microsoft systems, or that block the sending of data -- called phone home feature -- so that no data is transferred in first place.

It is a known fact that Google is collecting massive amounts of data. The main part comes from the company's own search engine, which is the most popular search engine in most countries. Other Google products, Google Toolbar, Adsense, Analytics or Google+ all contribute their fair share of data as well.

Google on the other hand did not release a software until now, which is likely the core reason why the company has not been in the crossfire like Microsoft. While Google may collect more data than Microsoft, its remote services made all that a concept that is difficult to grasp, while users were able to identify that Windows communicated with Microsoft by simply looking at a firewall log for example.

Privacy advocates focused their criticism on two aspects of the Google Chrome browser.

The first was the unique user Id that is generated by default which can be used in theory to identify users.

The second that everything that was entered in the browser's address bar was transmitted to Google even if the user never submitted the text to the search engine.

Several minor objections have come to light in the past week and software developers started to develop solutions that would eliminate identification and data transfers unless they were necessary.

Iron was developed from the Open Source browser Chromium. That's something that Google did encourage and the developers were the first to provide a version of Chromium that was stripped down of all known data collection and privacy problems: The client-ID, timestamp, suggest functionality, alternate error pages, error reporting, rlz-tracking, google updater and url tracker have been removed.

The functionality on the other hand remains the same. The only problem that can arise is if developers cannot keep up with the development pace of the Chromium browser. As of now this is the recommended release for users with privacy concerns.