Courses include an introduction, the actual lessons, handouts, assignments, exams and software. The actual lessons are available as videos which can be watched online, and as html / pdf transcripts that can be downloaded to the computer. 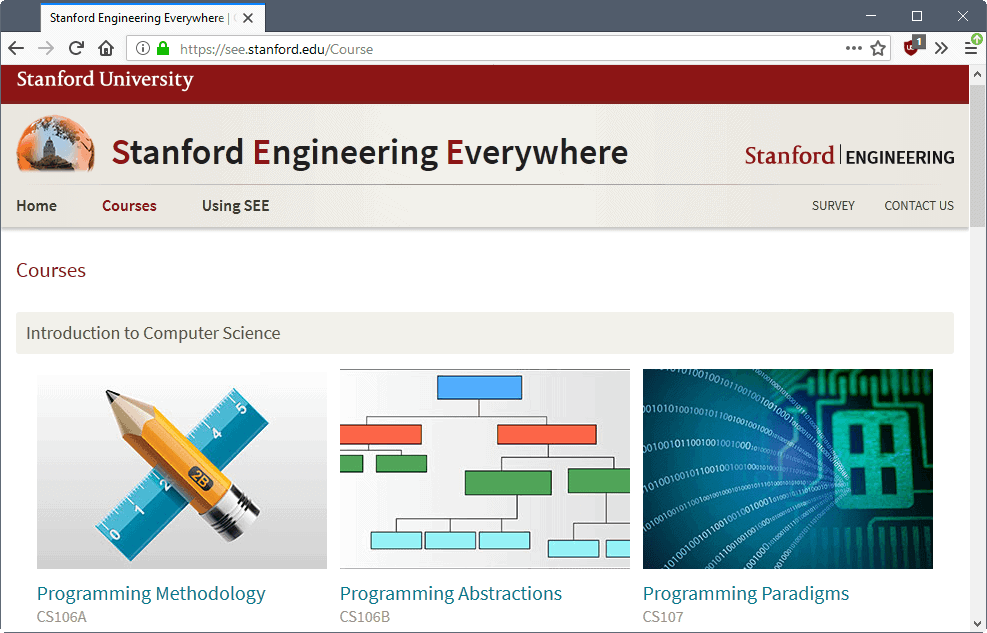 The lessons can also be viewed on YouTube, iTunes, Vyew or downloaded as wmv or mp4 torrents.

There is unfortunately no complete package download of all the lessons and pdf documents. The mp4 torrents have a size of about 650 to 700 Megabytes while the wmv torrents a size of roughly 150 Megabytes.

Free online courses are always nice, especially if they come from a reputable institute such as Stanford University. Most courses are more about the theory behind certain programming concepts and less about actual programming, but if you are interested in these kind of things, or want to strengthen your background in this regard, they should make for a good intro.

Update: A fourth set of courses has been added to the web page:

It is interesting to note that the iPhone application programming course leads to the iTunes website from  where it can be downloaded to the local system. To do so, you do need iTunes installed on your system.