Image icons in Windows look all the same and the only way to distinguish or sort them is by using folders or file names.

Xentient Thumbnails introduces a third possibility by providing an automatic windows thumbnail image generator for all images on the system.

The system works by assigning thumbnail icons to every image in the active folder which are then available independently of the view mode that the user has selected for the folder.

When I read about the thumbnail image generator for the first time I had fears that it would slow down the system but this is apparently not the case since the application only becomes active when a user opens a folder that contains images. 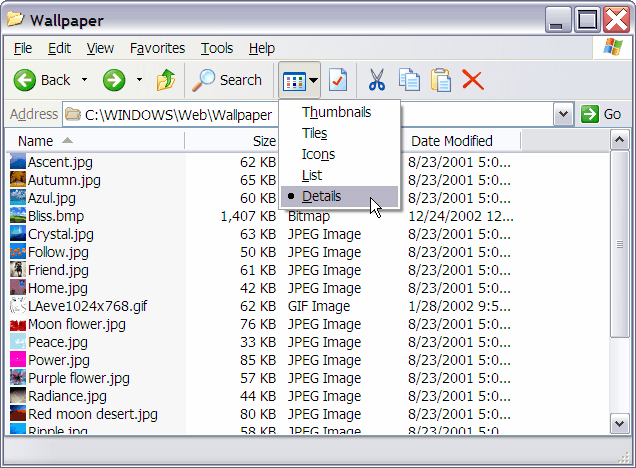 The cache can be cleared or disabled in the settings as well. It also contains the option to disable thumbnail generation completely; handy if things go wrong, or if you need to free up RAM for other tasks.. The settings can be accessed from the Windows Control Panel which is a bit unusual for a program and may confuse some users as it is not that apparent that this is how the settings are opened.

The program can be uninstalled easily which will also clear the icon cache leaving no traces of the application on the system. The application is compatible with Windows 98, ME, 2000 and Windows XP and supports the most popular image formats (JPG, JPE, JPEG, JP2, J2K, GIF, PNG, BMP, WBMP, EMF, WMF, PCX, PBM, PGM, PNM, PPM, RAS, TIF, TIFF, and TGA.)

Note: The developer website is no longer available. We have uploaded the latest working version of the program to our own server for archiving purposes. We don't support the program in any way. Note that it won't work in newer versions of Windows. We tested this on a Windows 10 system, and while it would install fine, neither its options nor the functionality that it provides was working correctly. You can download the latest version with a click on the following link: Xentient Thumbnails