NBC offers two official ways to watch their tv shows online. The first is NBC Direct which forces uses to download and install DRM infested software that adds the permanent MediaAgent.exe process to your system wasting resources even though the NBC Direct client is not running.

The second is the website Hulu which is currently invite only and hard to get in. Even if you do you still need to access it from the United States to be able to watch the tv shows. A reader, M.Keezay, told me in the comments that the software Veoh TV would also play NBC Shows free of charge and without country restrictions. (Did I ever tell you, my readers, how much I value your comments and remarks? They are incredible !)

Veoh TV is a client software comparable to Joost. Once installed the user has to log in, or create an account, and will then be able to watch tv channels in the software. There is NBC with 22 shows including Heroes, My Name is Earl, The Office, Las Vegas, Scrubs and more as well as 154 other channels, most offering similar content that Joost offers. 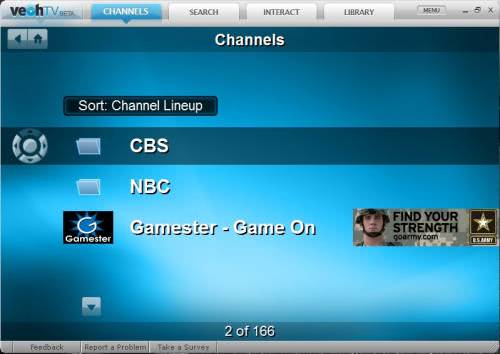 Not all episodes or seasons are available but you do find five episodes of your favorite tv shows listed and you can opt to watch some or all of them.

Every show begins with a 10-20 second advertisement which is understandable if you consider bandwidth and server costs to run a service like Veoh TV. 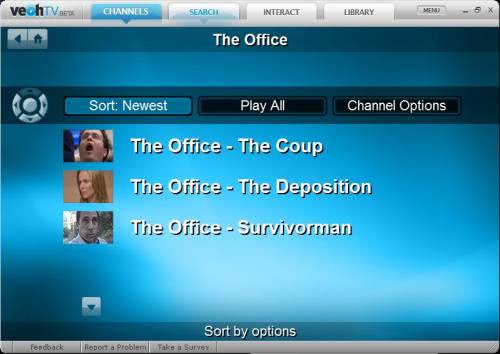 Another remarkable channel is CBS which offers additional tv shows like all of the CSI series, Shark, Survivor China, How I met your Mother (the best), Big Bang Theory (even better) and Numbers.

This is probably the best way of watching those tv shows if you do not reside in the United States currently. Great news for every US-American who does not want to miss his favorite tv shows if he is on a trip outside the country.