Windows 7, the new Microsoft operating system, is still at least three years away but that fact did not seem to bother Deviant Art member Long Z who created an unofficial but great looking Windows 7 wallpaper. Windows 7, which was codenamed Vienna before, is just another codename of course and we will most likely experience another name change in the future. 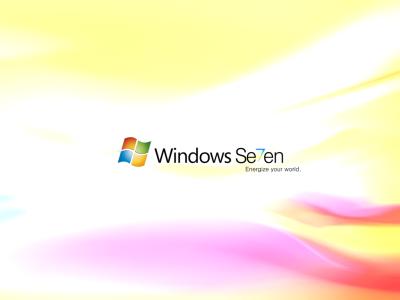 Update: The Windows 7 operating system has been released on 2009 by Microsoft, and if you are looking for wallpapers, official or not, then Deviant Art is definitely a good place to start. The site currently lists more than 3500 hits when you search for windows 7 wallpapers on it, and what you get are both fan made wallpaper images but also official Microsoft wallpapers that users of the site have uploaded to it. That's great if you do not use Windows 7 but want to use the wallpapers of the system on your PC.

You can alternatively check out the wallpaper collection over at Everything Microsoft where all official and many fan made wallpapers are hosted on. Just browse the general wallpaper category on the site or dive into images that have been specifically created for a one of Microsoft's operating systems.

The Windows 7 section hosts all official wallpaper images that Microsoft released for the operating system as well asÂ  a selection of the best fan made images.

Update: The site is no longer available. Microsoft is however publishing desktop backgrounds for Windows (and any other system for that matter) on the Windows website.

You can browse the wallpapers using the categories found on the left side or the newest wallpapers on the main side instead.

A click on the get it now button or the thumbnail opens the image in the web browser of choice. Just right-click it there to download it to your system.

If you want the wallpaper images of the official themes that Microsoft made available for Windows 7, then you can do the following to do so.

Visit the Windows themes page over at Microsoft where all themes are listed on. You can download those files to your system directly. Note that they are themepack files that you need to unpack on your system using a program like 7-Zip to do so.

You find all wallpapers of the selected theme in the DesktopBackground folder afterwards.