I do not really enjoy screensavers on my computer because I tend to prefer to turn off the monitor if I take a longer break. Another reason is that I did not find a good looking lightweight screensaver that I could install on the desktop PC to make it worth my while. As you may know already, screensavers are not really saving the screen anymore on modern displays, which reduces their purpose to a purely aesthetic one. I discovered the screensaver Flurry on the excellent Donation Coder forum, which is a nice place to hang out and find new cool stuff for your computer.

They have a big thread running at the moment discussing small, cool and lightweight screensavers and Flurry was mentioned in that thread among others. Flurry is only 57K in size, probably the smallest screensaver ever. Windows users simply double-click the .src file and setup Flurry by pressing the settings button.

Flurry is also available for Mac here and I suppose it offers the same feature set as the Windows version. I will still stick with my initial stance and turn of the monitor automatically if the computer has been idle for more than 10 minutes, everyone else who is using screensavers should definitely try out Flurry. Take a look at the screenshot below to get an impression of how the screensaver could look like on your system. 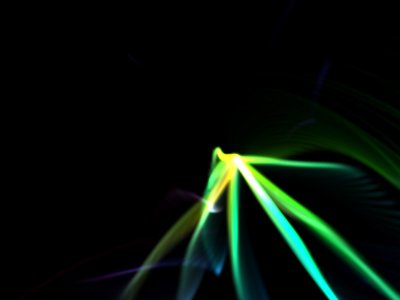 The version of Flurry offered by the developer has not been updated since 2003, and it appears as if it is no longer compatible with recent versions of the Windows operating system. An attempt to install the screensaver under Windows 7 64-bit did not work out, as it was not listed under screensavers after execution. A more recent version of the screensaver is linked from the original project website, but it is currently not available for testing.