If you happen to run a web server that runs on Linux, or happen to run Linux as your operating system for the computer you work with, you should know the basics of the shell.

Sometimes you may want to run a command that you are not familiar with, and it is in this situation that the website  linuxcommand provides you with the information to use the command properly.

Learning the shell starts with an explanation of the shell by answering the most basic question first: "What is the shell?".

After that it goes straight into navigating, looking around and a guided tour which explains the default directory structure. After that it branches off into manipulating files, I/O redirection, permissions and job control. The tutorial uses lots of screenshots for visualization; great way to learn using the shell. 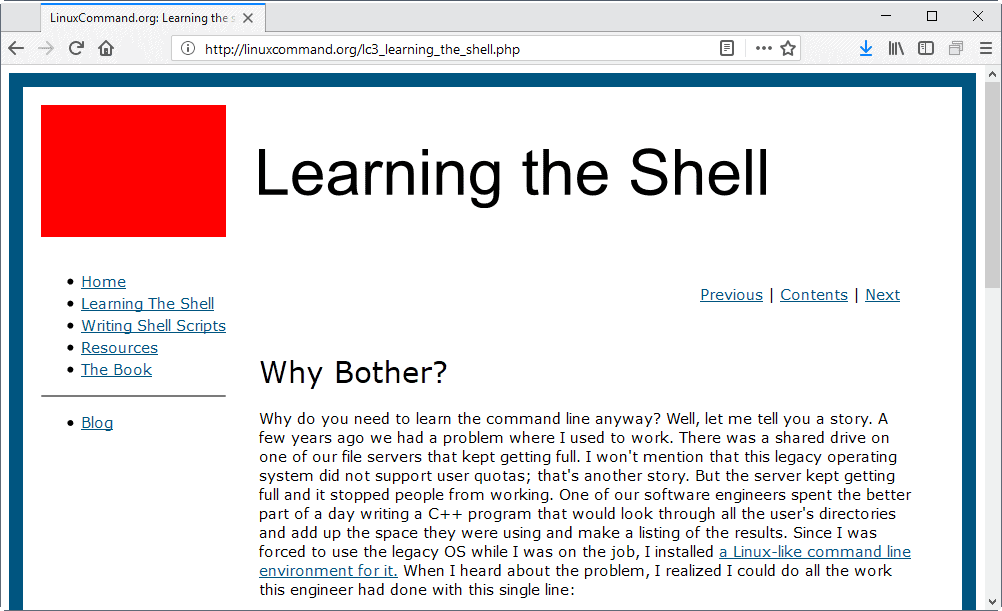 Update: While not explicitly mentioned, the tutorial or guide is about the Linux Shell. It should work for most Linux distributions out there, even though there may be some slight differences here and there. Lets take a look at the chapters:

It may take you a while to go through the while tutorial. If you have the chance, keep it open on one monitor while trying out things it teaches on a Linux system directly.