If you have Linux and Windows installed on your PC you may have noticed that it is no problem to read Windows files and access Windows hard drives (partitions) in Linux, but that it is indeed a problem to access Linux files, hard drives and partitions in Windows. The freeware application Explore2fs provides a solution so that you can access Linux data on Windows. It's handy if you don't like switching between those operating systems, especially if you only need to access a file or two, or a directory.

Update: The program has been updated recently by its author, with new features now available in the latest versions of the application. The feature additions include large disk and file support, support for optical drives like CDroms, support for floppy drives, zip and usb disks, options to preserve time stamps on export, and binary and text exporting options. 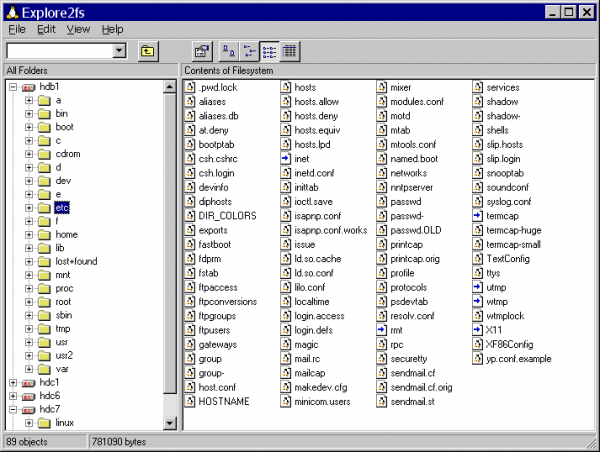 Update 2: The program seems to have been abandoned by its author after all, with no new updates released in past years. While it may still work properly, it is also likely that it will stop working at one time or the other.Â  A viable alternative is the Linux Reader freeware for windows, which you can use to read files stored on Linux file systems in Windows. The reader supports Ext2, Ext3, Ext4, HFS and Reiser FS file systems.

As the name suggests, it is a reader app that does not make changes to the Linux file system. The program can however import files from the Linux partition, drive or system to Windows.

The latest version comes as a download or boot CD that you can start your system from. It should work under all recent and not so recent versions of Windows. The developer site states that it is compatible with Windows 95 to Vista, but it should work well under newer versions of the operating system as well.

View all posts by admin →