Up until today three versions of Google Chrome were available for download. Google Chrome 4 was the stable channel that was offered to all visitors who wanted to download the Google browser. The beta channel was already at version 5 while the developer release recently was bumped to version 6.

This has changed today with the release of Google Chrome 5 stable for all supported operating systems. Windows, Mac and Linux users can now download a faster version of the web browser directly from Google.

Google Chrome 5 Stable comes with many additions compared to the previous versions of the stable channel. 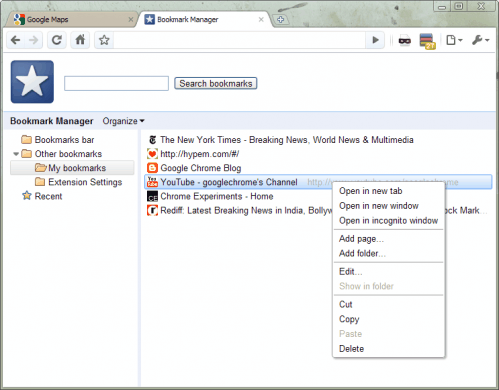 New and improved features include synchronization of bookmarks and browser preferences, HTML5 features such as the geolcation api or web sockets, and a faster rendering engine and better overall performance of the browser.

The internal Flash Player has not been integrated into Google Chrome 5 stable yet but the developers promise to add this feature with the full release of Flash Player 10.1 which will be released soon.

Google Chrome stable users will be prompted to auto update the web browser soon. Users who do not want to wait that long can download Google Chrome 5 stable from the official download site.

Update: Things have changed quite a bit since the release of Google Chrome 5. Google has added another channel to the browser, the Canary channel, which is the current cutting edge channel, unless you consider Chromium that. The current order is Chrome Stable > Beta > Dev > Canary.

Keep in mind that Chrome has received lots of updates in recent time. The browser version has reached two digits and it does not appear as if the developers have any intention to slow down development any time soon.

The Flash Player has been integrated into the browser in the meantime, so that it can be automatically updated by Google.

How to disable media keys support in Google Chrome

Chrome 100: tab audio muting is back