Microsoft has released Windows 11 Preview Build 25276 for users in the Developer Channel. The update adds a couple of interesting options including a new network troubleshooter, and a way to generate live kernel memory dumps from the Task Manager. 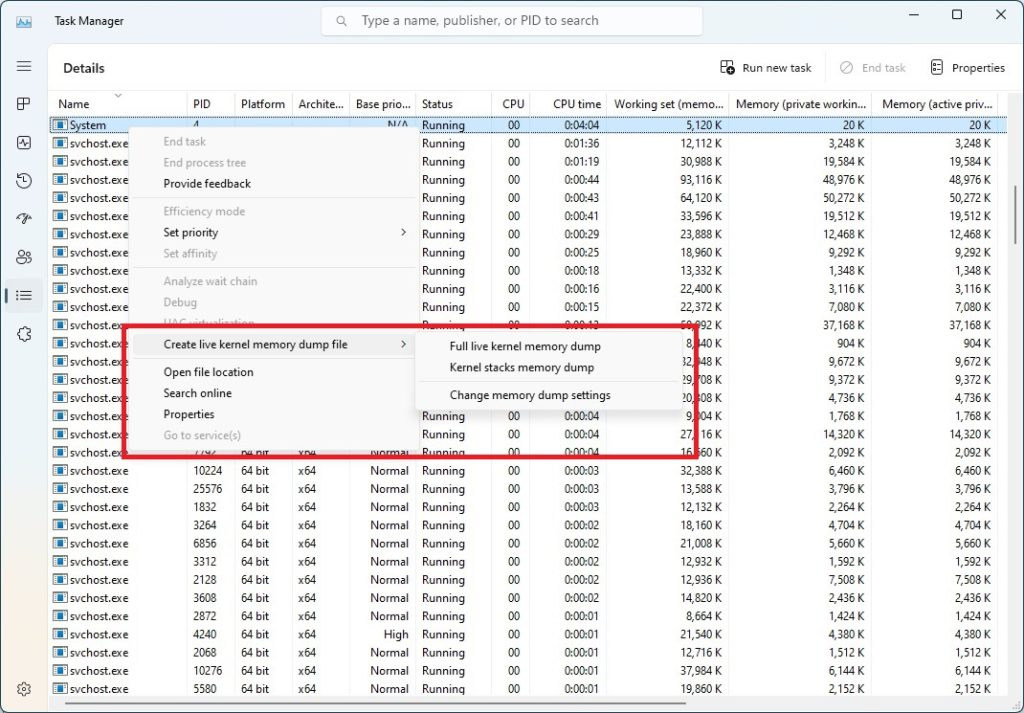 The Task Manager already supports Memory Dumps, Live Kernel Dumps (LKDs), will help gather information to troubleshoot specific issues. It's more of a tool for developers for debugging issues, you can try it by switching to the Details tab in Task Manager. Select the System process, right-click on it and click on Create Live Kernel Memory Dump File". You may choose between Full live kernel or Kernel stack memory dumps, to capture them.

Windows 11 will save the dumps in the following folder: %LocalAppData%\Microsoft\Windows\TaskManager\LiveKernelDumps

The Task Manager's settings page has some options that you can edit for creating the live kernel memory dumps. LKDs in Task Manager are rolling out to users on an A/B basis. 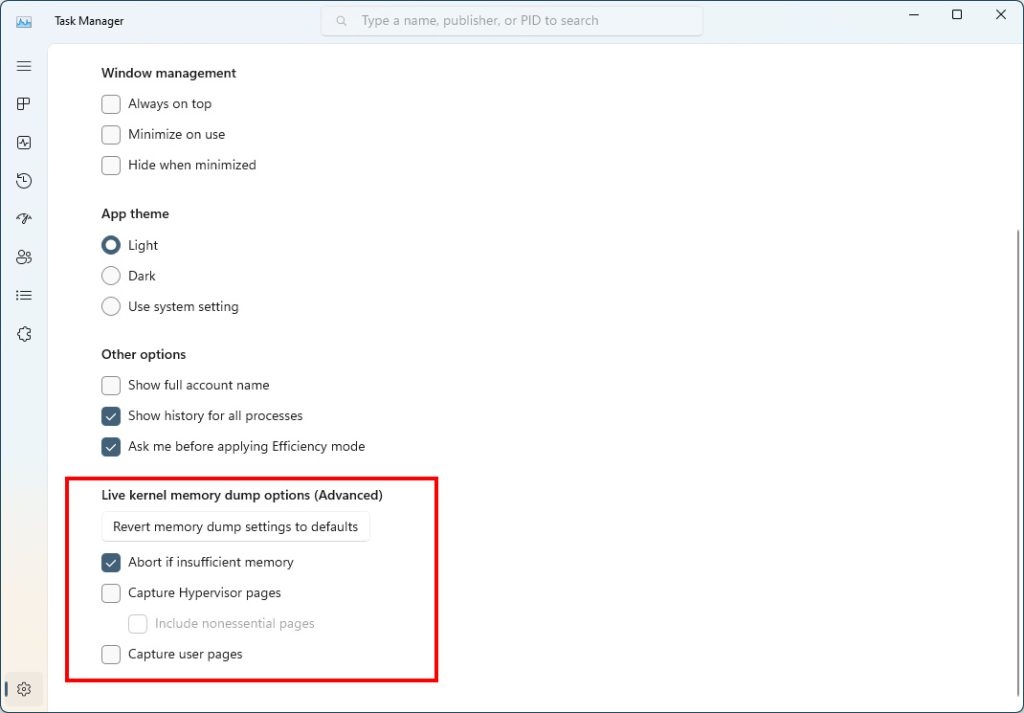 Microsoft has confirmed that the preview of the Apple Music, TV and Devices apps are now available on the Microsoft Store, and this is available exclusively in the U.S. I wrote about the apps yesterday, including a workaround to download them in other Countries.

The Network Troubleshooter in Windows 11 is being replaced with the Get Help app experience. Microsoft's announcement states that the app is capable od diagnosing the 30 most common connectivity issues. The new experience is available in the Get Help app version 10.2208.2551.0 or higher. 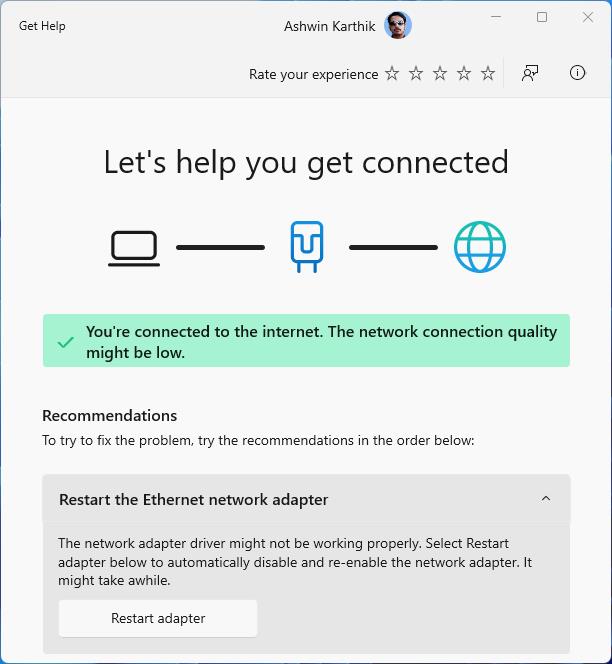 The search box in the Start Menu has rounded corners to match the search bar on the Taskbar.  This change is also being rolled out on a limited basis.

Windows 11 Build 25276 changes the app compatibility dialog (Program Compatibility Assistant), that is displayed when you try to run some older programs, or is blocked due to your PC's security settings. That's not really a new design, is it? It just has 2 buttons and some text. The only difference is that it follows Windows 11's design standards. 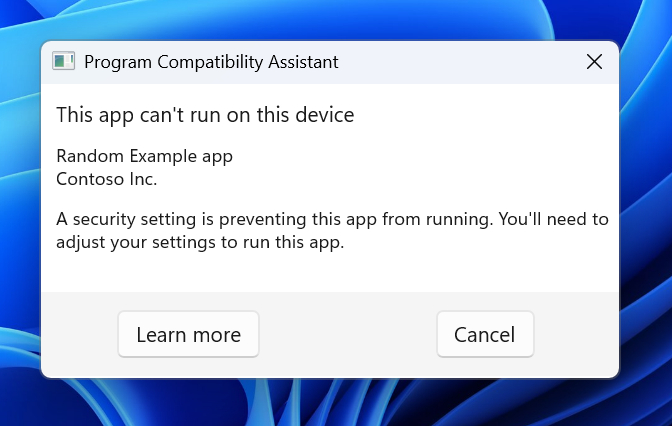 The Settings app will display your OneDrive cloud storage details in the Accounts tab. It also shows you how much storage space is consumed by Outlook email attachments. 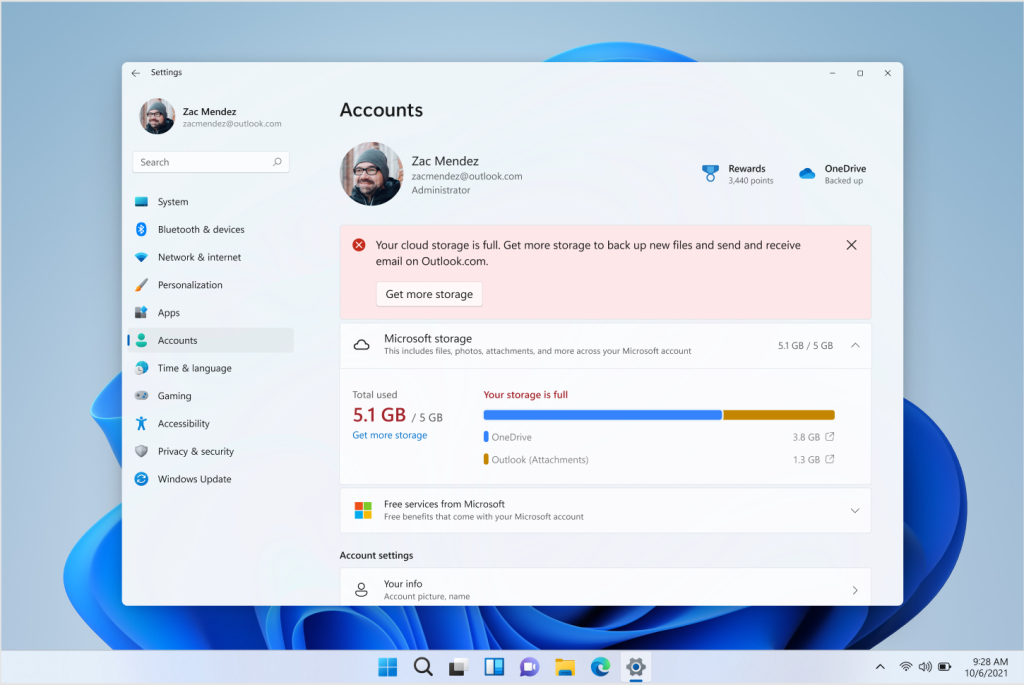 Microsoft changed the Windows Security Firewall notification dialogs in December 2022, to match Windows 11's design standards. The updated visuals are being disabled temporarily, and will be re-introduced in a future build after some bugs are fixed.

Users on Windows 11 Insider Preview Build 25267 and later Pro editions will not be able to connect to a remote share using guest credentials. Microsoft says this stronger security measure matches the security system which is found in the Enterprise and Education editions since Windows 10. You can refer to this support page to learn how to grand guest access to SMB servers.

Microsoft has released ISOs for Windows 11 Build 25276, you can find them here.

Users should now be able to switch between app windows by clicking on Taskbar previews. Multiple crashes related to Explorer.exe have been fixed. A File Explorer crash that occurred while loading recent files has been patched. Voice access input should now work properly in the Calculator app. A crash issue related to move left and right commands has been resolved. A bug that was preventing the Pinyin IME input's insert text button from working has been fixed.

Right-to-left display languages like Arabic should work correctly in the new search box style on the Taskbar.

Microsoft has finally acknowledged that Windows 11 updates are taking a lot of time to install, though it says that this issue has only been noticed in recent builds. I'd argue that this problem has been around for a very long time. The previous preview build is reportedly causing freezes when using the browser or certain other apps. The taskbar may be cropped in half on systems that have the tablet-optimized taskbar enabled, this issue also affects multi monitor setups.

On a side note, the black wallpaper issue I reported about a few times is back, you'll have to reset the background manually.