Windows 10 version 22H2, which Microsoft released just last month, has already been designated for broad deployment by the company. The latest feature update for Windows 10 was released on October 18, 2022 to the public.

The fact that Microsoft did not reveal the changes and improvements that it implemented in Windows 10 version 22H2 made it a peculiar update. Microsoft revealed next to nothing about the update, leaving users and administrators hanging in the air regarding the feature update's changes.

Broad deployment makes the update available for all eligible Windows 10 devices, provided that they are not affected by safeguard holds or configured to defer updates. Administrators need to open the Windows Update settings and activate the check for updates button on the page to run a check for the update. It should be returned at this point with a download and install option.

Windows 10 devices with versions 20H2 or later installed will have a fast update experience according to Microsoft. The feature update should install like a cumulative update for the operating system for the most part.

Microsoft may enforce updates on Windows devices that run versions of the operating system that it does not support anymore. The next feature update release for Windows 10 is expected at the end of 2023, likely in October. Considering that it will be released for 2 years, it could very well be the last major release for Microsoft's Windows 10 operating system.

Now You: do you run Windows 10, 11 or another operating system? (via Neowin) 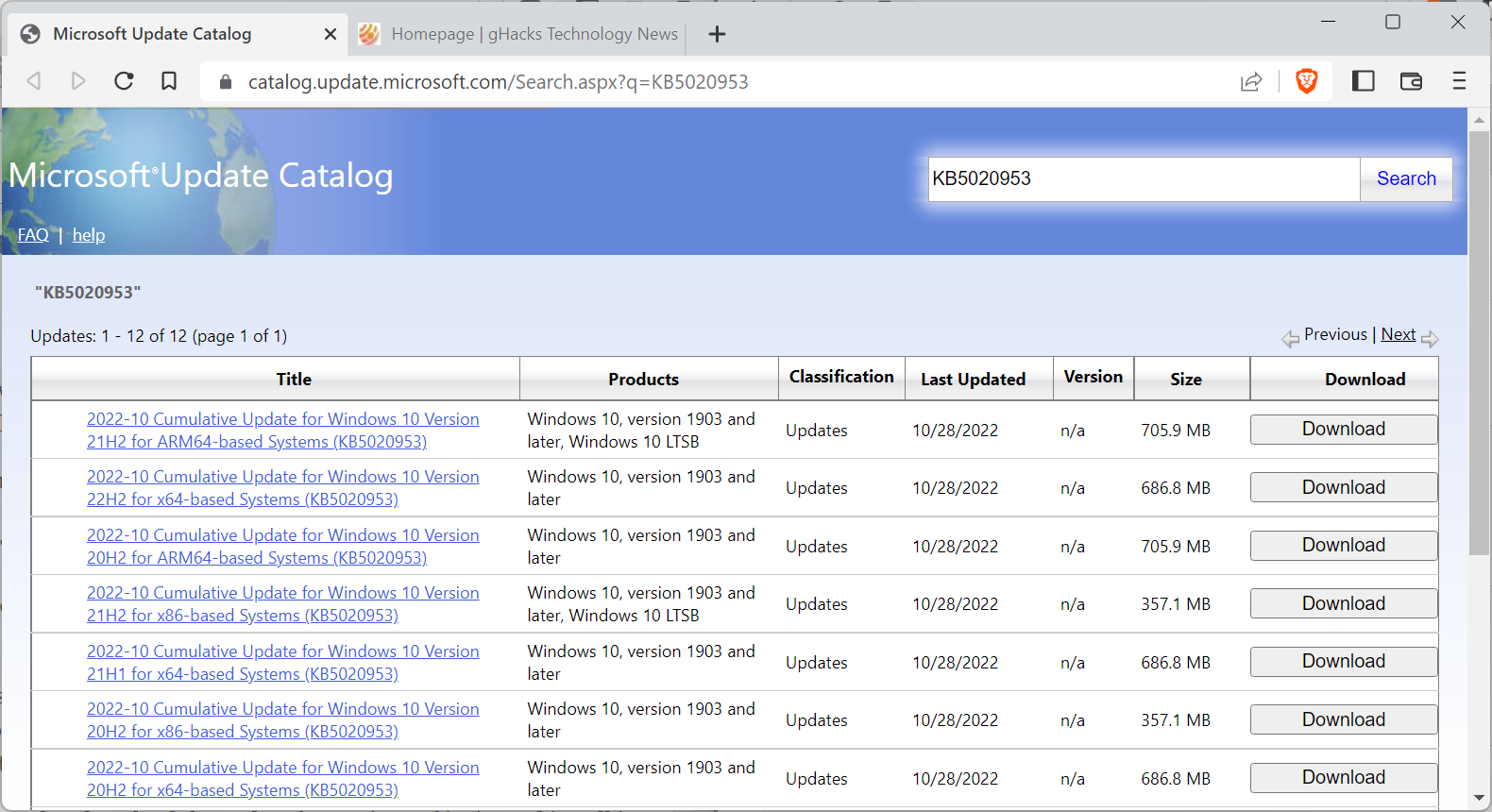 Previous Post: « Microsoft confirms Windows 10 desktop and taskbar issue
Next Post: « Will there be another Windows 10 feature update?