Pop!_OS is rated as number five on the popular rankings site, Distrowatch, based on number of hits to the Distrowatch page for the OS, not based on actual downloads / user-base. You can check out my reviews of the other four top spots by following these links: Linux Mint, Manjaro, EndeavourOS, and MX Linux. 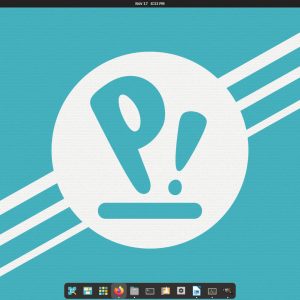 There aren’t many Linux distributions that I haven’t tried...But Pop!_OS is one of them, and so doing this review is literally my first time ever touching the OS...And I both liked it, and had serious issues with it.

For those unfamiliar with Pop!_OS, it’s an Ubuntu based distribution created by System76, a popular manufacturer of Linux-centric prebuilt computers. The distribution is widely regarded as stable, modern, filled with features, and beginner friendly, as well as fairly minimalist in regards to bloat.

Pop!_OS only comes in a single flavour, GNOME, and the OS is built specifically with that in mind as a result.

I wish I could say that I didn’t have issues during installation, as that would make Pop!_OS sound a lot less daunting at the beginning of this article like this...However, such was not the case. First, I opted to install Pop!_OS 20.04 LTS, using their version specific to NVIDIA GPU’s so that I wouldn’t have to have Nouveau mess around; however, upon attempting the installation, I got an installation failure that occurred no matter what I did. Googling the issue did not produce any meaningful or helpful results, either. I made the Live-USB using dd from within another Linux system, so I knew it wasn’t the tool/utility making the USB break things. So, then I decided to try 21.04 (NVIDIA) instead, despite it not being the LTS and therefore having less long term support...And voila! It worked.

The installation utility is one I haven’t seen before, so I assume it’s custom made for Pop!_OS, and I have to say that it was very well designed. It was attractive, organized, easy to understand, and had plenty of options available within it. The installation itself, once I got it going, was painless and very, very fast.

This is where PopOS is both minimal, and fully-featured. In terms of included software, there really isn’t all that much...LibreOffice was installed, as well as Firefox and the Geary email client...but that was pretty much it aside from basic utilities, a dock, and the Pop!_Shop (software installation utility). Even proprietary multimedia formats such as MP3 and DVD decoders are not included by default.

This makes Pop!_OS attractive for those seeking a super minimal system to build from the almost ground up...However, don’t mistake this for a lack of features. Pop!_OS does come with Full-disk encryption enabled by default which is very rare (their website claims they are the only Linux distribution to do so, but I can’t confirm this), the ability to perform an OS refresh which reinstalls the OS quickly and easily while preserving your home folder, and is quite clear on their website about their stance on privacy,

“Pop!_OS does not collect or store any info from user installations. Minimal OS and hardware data is used—not stored—to provide updates and connectivity verification. Apps packaged through Flatpak require permission to access more than what’s needed to function.”

Another interesting thing to note, was that when I was installing software such as GIMP from the POP!_Shop, I did not need to enter my root password; something I don't think I've ever encountered. Not 100% sure how I feel about that, but it's absolutely worth noting.

Overall, I was impressed with this side of Pop!_OS. I really don’t like GNOME, but this was probably the most well organized and designed GNOME system I have used to date.

Pop!_OS was a little heavier than I expected. With LibreOffice Writer open and Firefox with four tabs open my CPU averaged 16% usage with 2.9GB of RAM used. I attribute this to GNOME not being very lightweight; but overall I never faced any slowdowns, hiccups, slow-to-start applications, or hung applications. As long as you’re using a semi-modern PC, you’ll be fine.

I personally won’t use Pop!_OS because I detest GNOME, but I have to admit, it’s a really attractive OS, with some good features under the hood, a minimalist approach in the sense of bloat, and being based of Ubuntu you can expect plenty of easy to find support. If all of this sounds good, I strongly recommend you check out this distribution, you may love it!

Have you tried Pop!_OS? What were your thoughts on it? Let me know in the comments below!