Microsoft published a security advisory today under ADV180029  -- Inadvertently Disclosed Digital Certificates Could Allow Spoofing -- that warns users and administrators about two Sennheiser software programs that may have introduced vulnerabilities on Windows devices they were installed on.

The two Sennheiser products HeadSetup and HeadSetup Pro installed root certificates on systems they were installed on. Users, who had to run the installer with elevated privileges because of that, were not informed about that.

Anyone, who installed the software on a computer system or got hold of the private key, could potentially abuse it because of that. An attacker could issue certificates on the system the software is installed on.

Updates of the application or removal of the HeadSetup software on a system version 7.3 or earlier were installed on won't remove the certificate. Systems the software was installed on at a point in time remain vulnerable therefore even if the software is no longer installed on these systems. 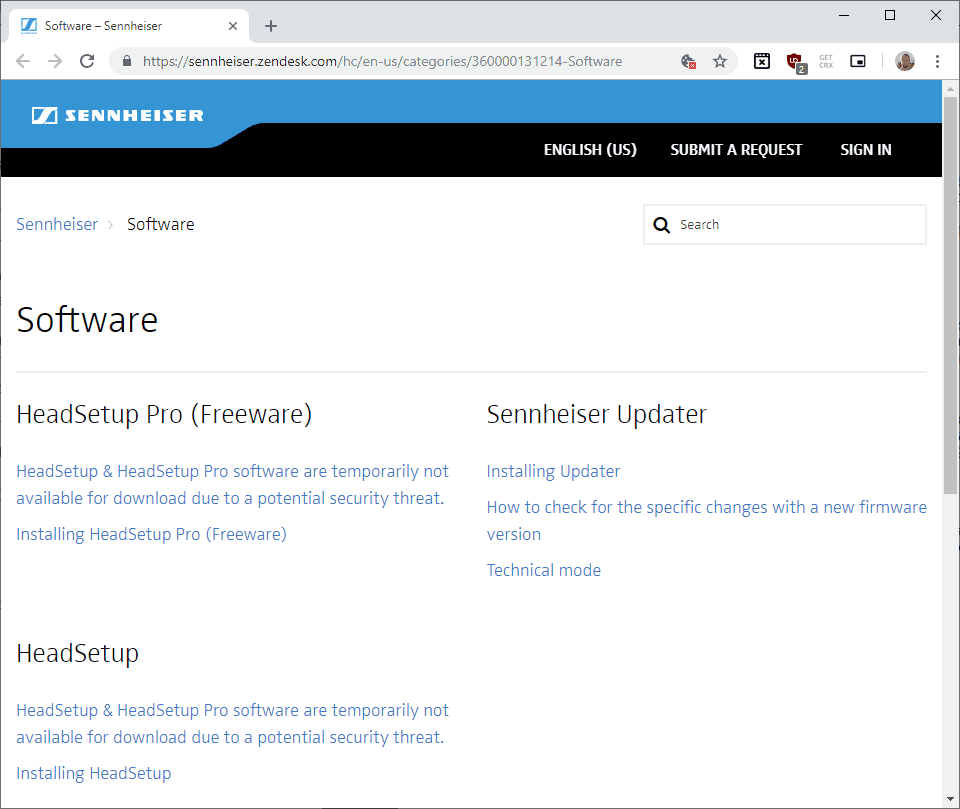 The researchers could not find any published information about the "policies according to which the SeenComRootCA operates" and consider the "risk that an attacker might fraudulently obtain a certificate significantly higher [..] than for other pre-installed Root CAs or their respective Sub CAs".

Sennheiser has not published an update at the time of writing that resolves the issue but removed downloads of existing setup versions of the application. Microsoft, however, removed the certificates from its Certificate Trust List.

Administrators may remove the certificates in the following way:

Note: if you need the web-based functionality, remove only the first certificate and wait for an update of the software application.