WinRAR 5.60 is a new version of the popular cross-platform compression tool that has been released to the public earlier today. WinRAR 5.60 is the first big release since WinRAR version 5.50 was released back in 2017. It is available as a 32-bit and 64-bit version for Windows and other supported operating systems.

The new version of WinRAR comes with a new look and feature improvements. Interface modifications of popular programs are highly controversial usually; think of Mozilla's launch of Firefox Australis or Microsoft's introduction of the Ribbon interface in Office.

WinRAR users don't have to worry about the new look of the compression tool on the other hand; the refresh gives the toolbar just a new theme without changing anything functionality-wise. The new WinRAR 5.60 features new icons and new colors for the most part; the functionality is still there and existing WinRAR users will feel right at home. Those who do not like the new looks can download the classic theme with a click on this link to install it and make it the default theme of WinRAR again. 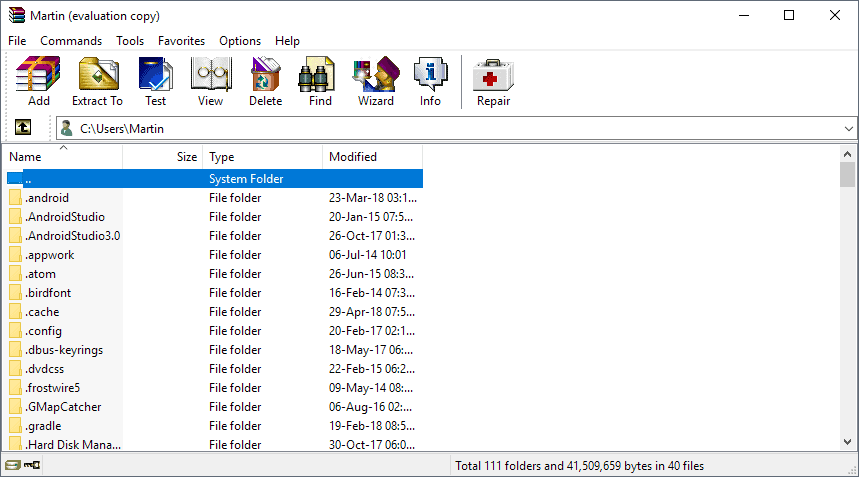 WinRAR's info view window has bit of a new look as well. The window comes with a refreshed compression ratio graph and "Names and Data" is displayed now under Encryption if the archive uses encrypted file names.

What about new or improved features?

The developers have improved the RAR5 format repair efficiency. The new algorithm is capable of detecting "deletions and insertions of unlimited site" as well as "shuffled data". The latter is interesting as it introduces repair functionality that uses several archives with recovery records to merge them "into a single file in arbitrary order".

You can run repair operations for any RAR archive right from the main interface with a click on the repair button in WinRAR's toolbar.

WinRAR 5.60 supports different encodings including ANSI, OEM, UTF-8 and UTF-16 and can display them correct in comment files.

You can password protect RAR archives that you create in WinRAR and select the "encrypt file names" option to scramble file names in the archive as well.

Last but not least, you may place the mouse cursor over archives in the progress window to display the full archive name.

The full changelog on the WinRAR website highlights additional improvements (just a selection below):

WinRAR 5.60 is a smaller update that improves some features of the compression tool. The new look should not be controversial as it is possible to restore the classic look by downloading the classic theme from the WinRAR website.

Now You: Which compression tool do you use primarily? (I use Bandizip)