AIMP is a popular audio player for the Windows operating system that ships with an impressive feature set and a plugin system to extend its functionality further.

The developers of the music player are working on the current stable version of the client and the next major version of it at the same time.

AIMP 4, currently available as a first beta release, ships with a new user interface that moves it away from looking like another Winamp clone on first sight.

The dimensions of the main application window have been expanded. It features main playback controls at the top, and below that access to local files, playlists and other functionality.

What you may notice right away is that the music library has been integrated into the main application whereas it was loaded as a separate window in previous versions. 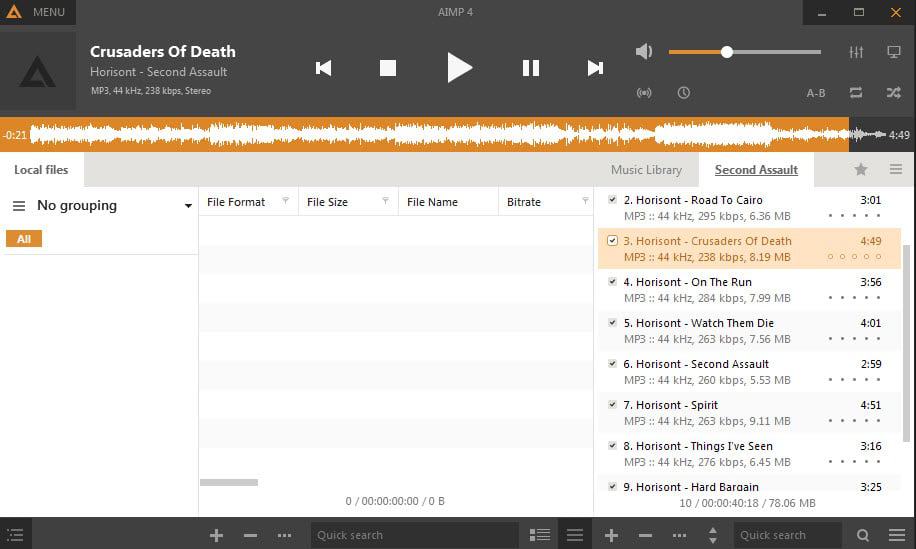 The library that you used previously remains available after upgrading from version 3.x to AIMP 4. It is accessible right from the main window.

It may feel strange at first that the actual music that you are playing is listed on the right side of the interface and not front and center.

Music you play, and to a degree played, takes up about one third of the width of the interface while the remaining width is reserved for local files that you have added to AIMP.

If you don't use that feature, you end up with lots of wasted space in the interface . You may hide local files with the shortcut Ctrl-M.

The developers have added new functionality to the player as well. It supports the aften.exe command line encoder for AC3 formats now, multi tag values for APEv2, ID3v2, Vorbis Commens and M4A tags, and an option to limit the connection attempts when connecting to Internet radio stations when the connection is lost.

Downloads of AIMP 4 Beta 1 are provided on the official project website. You may install the version anew, upgrade an existing version of AIMP or install it as a portable version instead.