Force an Android Device to Find an Update

Android phones are the top-selling devices in the world today with Google recently announcing that they are currently activating 1.3 million handsets every single day.

What makes updates on Android that problematic is that different manufacturers used different systems to reveal the version of the operating system to the user and to run update checks.

The majority of devices support manual update checks. How that is done depends on the device, but it is usually an option in the Settings. You may find About Phone > System Update > Check Now listed there, or System > System update.

Since it is not possible to list all available paths, it is necessary that you browse the settings of the device that you use to find the option. Feel free to reply with a comment below to highlight the path on the device.

The manual update check queries an Internet server to find out if an update is available. One issue that you may run into is that most companies use staggered releases.  Even if your phone has an update available, if your carrier hasn't yet scheduled your device then this method alone will not find that update.

To fix this there are a few simple additional steps required.  It's also worth noting that this fix doesn't always work on the first try.  In a recent update it took me two tries, but some users have reported it working the first time, while others have said it took many attempts. 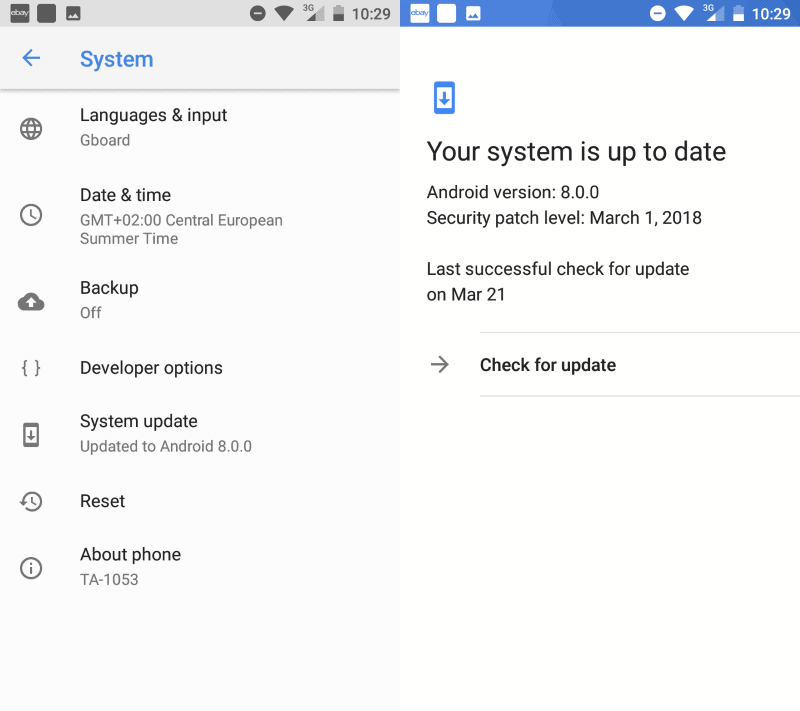 Before following the above mentioned steps try first heading into Settings and then Apps and click the show All.

Again, the path may be slightly different on your device. You may have to click on Apps & Notifications > App info to list all apps.

Now, scroll down to find Google Services Framework and click on it.  Click the Clear Data button and OK it then click Force Stop and OK again.

Now follow the steps for checking for an update.  If this was successful then the System Update page should now reflect a very old date (likely in 1969) as the time of the last check.  If it does not then you will need to repeat the clear data steps again.

While users of iOS and Windows Phone may all be in lock-step with their OS versions, those on Android have become accustomed to the fragmentation, but for many it's worth it because of the customization and variety of devices available.  Learning  a few tricks has just become a part of the Android landscape.