Microsoft has changed the look and feel of the boot manager of the Windows 8 operating system. Part of the change comes from the fact that Windows 8 boots faster than previous versions of Windows, part from Microsoft's desire to use the Modern UI interface everywhere.If you are using a touch interface, you may prefer the new boot menu with its big buttons and all, but if you do not, you do not really benefit from it that much.

While the new boot menu is prettier and all, it can on the other hand slow down the start of the second, or third, operating system as part of Windows 8 is loaded in the background before the boot manager is displayed on the screen.

If you have to switch regularly between Windows 8 and another installed operating systems, you may prefer to use the old boot manager instead as it is displayed right after the start of the system and before any of the operating systems are loaded. 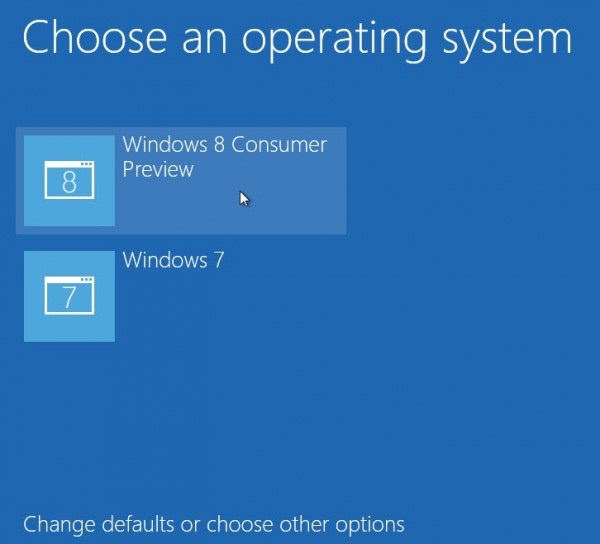 Vishal from AskVG discovered a way to get back the legacy boot manager with its gray on black interface. To change the boot manager from the Windows 8 default manager to the legacy manager known from previous versions of Windows, you need to perform the following steps in Windows 8:

I suggest you give it a try if you are dual booting Windows 8 with another operating system to see if changing to the legacy boot manager speeds things up for you on system start.