Last night I attended an event in Sheffield (UK) hosted by Human Rights campaign group Liberty.Â  The aim of the event was to raise awareness of Richard O'Dywer, a university student from the city who is currently appealing against extradition to the US on charges of copyright infringement.

The case dates back to when Richard was still at school and set up a website that contained links to copyrighted material online.Â  These included pirated movies and TV shows.Â  What resulted was a major legal battle in the UK, and in the city where I live, to prevent him from being extradited to a country where he hadn't been since he was five.

Liberty's official statement about the case is...

Richard, just 23, is accused of copyright infringement by US authorities for hosting a website offering links to downloadable pirate films and TV shows. Not actual material â€“ just links. He built the site from his Sheffield bedroom and his computer server was not even based in America. Yet still he faces being dragged across the Atlantic for trial now the Home Secretary has approved his extradition. If removed Richard will become the first British citizen extradited to America because of copyright laws. 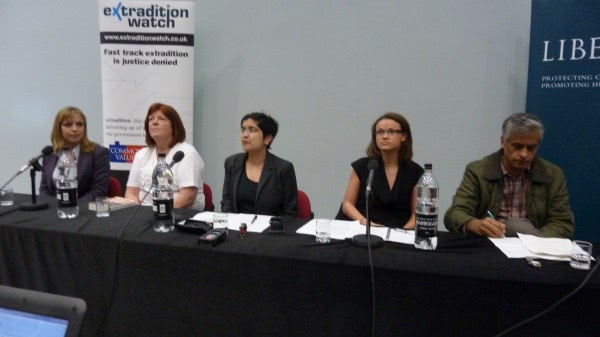 Richard's mother, Julia O'Dwyer was in attendance along with the policy director for Liberty and two academic staff from Richard's (and my) university, Sheffield Hallam.Â  Also in attendance in the audience was the leader of the UK Pirate Party, Loz Kaye, British Conservative MP David Davis, a former shadow home secretary and several people who were either helping someone else fight deportation to the US, or who had been deported themselves in the past.

Mrs O'Dwyer began almost comically saying â€œWhoâ€™d have known that a student in his bedroom could end up in so much trouble.â€ but went on to say that she believes â€œ[They are]Â not fighting crimeâ€¦Â [They are]Â actually fightingÂ [their] own governmentâ€.Â  She is obviously deeply concerned about her son's chances which she describes as...

David Davis MP, who is concerned about the extradition arrangement the UK has with the US said that â€œ98% of people give in to plea bargainingâ€ in the US, where a defendant pleads guilty to a lesser charge in order to receive a reduced sentence.Â  His concerns, and the concerns of Liberty were that Richard hadn't shared any copyrighted content himself and was not guilty of breaking any UK law. 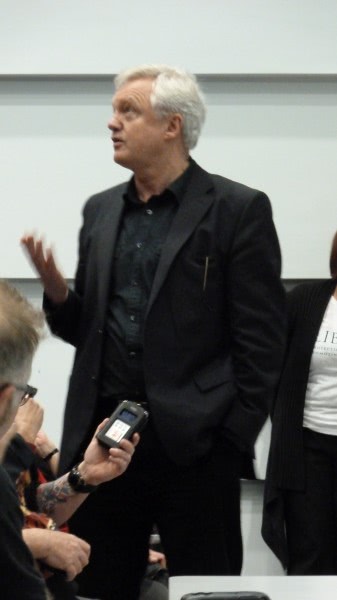 The issue of copyright infringement and the intervention of the Motion Picture Association of America (MPAA) and other organisations pressuring for prosecutions both in the US and for extraditions to the US from other parts of the world, only seems as though it will get much worse before it gets better.

Liberty's involvement came about because of their also working with UK asberger's sufferer Gary McKinnon, who faces extradition to the US for hacking into the Pentagon to look for UFO secrets.

Feeling is obviously very strong and the presence of two people who had been previously extradited to the US only served to rally the crowd when they told their stories.Â  It's a tough call all round but Liberty and Julia O'Dwyer believe they are close to a breakthrough and are calling on UK residents to contact their MP to complain about the case.Â  You can read more about Richard O'Dwyer and Gary McKinnon's cases here.