British electronics retailer has today slashed the price of the RIM Playbook from Â£399.99 down to just Â£249.99, a decrease of Â£150.Â  It's the most significant price drop for a tablet since the unexpected HP TouchPad fire sale a few months ago.

The price drop, which was reported by PC Pro magazine, raises a few questions as to why they are doing this and if it means there will be further implications attached to the price cut.

Blackberry maker RIM has been under pressure for some time with many predicting, perhaps prematurely, the downfall of the company.Â  It's clear that Curry's, owned by electronics retail giant DSG International, see the Playbook as a sluggish seller and they need to offload some stock.

PC Pro contacted RIM to ask if the price cut was their initiative and if they expected to see it adopted by any other retailers in the UK or worldwide.Â  RIM have yet to reply to their questions. 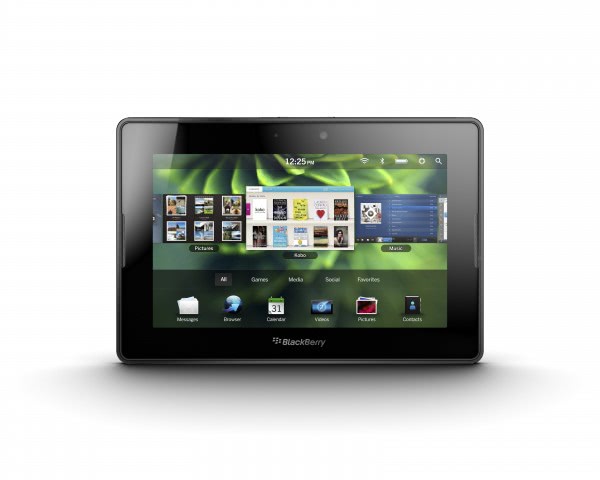 But what does this mean?Â  Does it mean that Curry's sales are sluggish, that people aren't as interested in the Playbook as they are in other tablets, or does it mean that the love affair with tablets could be beginning to wane already?

While you may think it silly to predict the downfall of tablets, it is clear that most people still want to have a physical keyboard.Â  Tablets are great for light duties, such as games and a quick check of your email, but for anything else they can prove limiting.

The other question that needsÂ to be asked is, is Curry's merely giving customers what they want... cheaper and more affordable tablets?

The HP TouchPad fire sale proved that people will easily queue up in the street for a cheap tablet.Â  The announcement of Amazon's Kindle Fire at a bargain price also garnered significant excitement.

It's clear then that for the right money, tablets are still the order of the day and many people have told me that price is certainly the largest barrier to buying one.Â  People just don't want to pay Â£400 for a tablet in the UK or any other part of the world, especially at a time when household budgets are being squeezed.

The launch of Windows 8 in twelve months will, I believe, be the acid test for the tablet market.Â  With Windows finally joining the other major players, Apple, Google, RIM and HP if the excellent WebOS can be salvaged, tablets will finally be mainstream.

The introduction of Windows 8 will also mean that tablets will finally be proper computing tools and not just a super-sized handheld media and games device.Â  Here, we will see how many legs the tablet market really has.

This news comes just after the announcement from RIMÂ of their next generation operating system, called BBX, which is intended to combine smartphones and tablets into a single operating system.Â  This is something Google haven't really succeeded withÂ that many people said Microsoft should have done with Windows Phone.

It will be a while before we see the first BBX-powered devices but the very next Blackberry phones will be expected to run it.