It could be the worst branding exercise since technology company Blick launched their glossy white Internet radios, and suddenly realised they wouldn't be able to sell them in South Africa.Â Â Now Research in Motion, the company behind the amazingly popular Blackberry mobile phones has now registered the domain name blackpad.com.

The Blackpad is rumoured to be a tablet computer to rival the iPad (the image below is only an artists' impression).Â  Not much is known about the specification but it's rumoured to be similiar to the iPad with prices very close too. 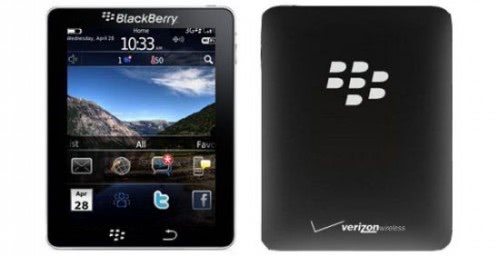 The big question is how well their mobile operating system will lend itself to tablet computing.Â  This, after all, is what any tablet device will live or die on and it's already why companies such as ExoPC are writing custom skins for Windows 7.

The other big question that needs to be asked is how the mobile networks will respond to another tablet so clearly aimed at getting online via a 3G connection.Â  In the last month we've already seen major networks around the world such as AT&T and O2 removing their "all you can eat" data packages for new customers.

Should this tablet see the light of day it's expected to launch amongst a raft of other tablets at the end of 2010.

Update: Almost two years later, and there is still no content on the Blackpad domain itself. When you open it in the web browser, all you get is a blank white screen starring back at you. With RIM suffering in the smartphone world thanks to the explosive rise of Android, and to a lesser degree that of the iPhone, it is likely that the company's Blackpad tablet plans have been put on hold for now until the future looks brighter again fro RIM.