The Snapdragon So Far: Big Phones

The Qualcomm Snapdragon seems to be on its way to becoming the Atom of the smartphone world.

With a clock speed of 1GHz and a low-power ARM design, this chip is fast becoming the mainstay of big new smartphones that are big on everything.

However, more processing power always means less battery life and the Snapdragon has been accused of exactly that shortcoming.

But the phones are all too new for some proper crowd sourced data.

So here we have some of the more high profile SnapdragonÂ phones that are coming our way.

After that big a whispering campaign courtesy of the leaks and the high anticipation during the launch, there is no way you can forget this mobile phone. Arguably the first device to bring the processor to the limelight, this is the phone that in a way started it all.

If you are not too impressed by the 4.3inch screen, then you might be impressed by the custom UI made by HTC. The UI has been demoed on video and it looks really great and responsive. The acceleration, the transitions and the rendering â€“ all look smooth and fast. That is definitely where the Snapdragon shines its brightest.

But the phone might fail to generate the traction and sales that it deserves simply because of its platform. It is a Windows Mobile device and it runs Windows Mobile 6.5 underneath that great UI. What that means is a (ridiculously) low number of apps and low third party interest, which again translates to a not-so-good user experience when compared to the fast-moving Android or the trend-setting iPhone OS.

This was rumored to be the Android version of the HD2 but now it has been (almost) IDâ€™d as the new HTC Passion. This would be more like a CDMA version of the HTC Dragon, which is a GSM phone. It has also been revealed that the HTC Passion is heading for Verizon and we could be seeing it in the flesh metal by the end of this year. Well, if they want to sell something this year they have to bring it out before Christmas.

But if this phone does materialize, this would be another Android phone that will be jostling for space at the top rung of things. Now that we have the Droid and the X10, this would likely become the third super-speccâ€™d Android phone. [read]

If you still do not know about the Sony Ericsson XPERIA X10, you are clearly not coming out from underneath your rock often enough. The XEPRIA X10 was leaked and discussed frenetically before it was finally unveiled on November 3rd.

It features a custom UI on top of Android and it is know as the â€˜Open OSâ€™. The features to be highlighted are the Timescape and Mediascape features, that give you smarter ways to stay connected with your contacts, communications and media. If you want a hands-on review of a pre-production unit, you can check out this post. Over all, Sony Ericsson has something that is pretty sleek and stylish. If they can deliver on their promises (Timescape and Mediascape), this might become THE Android phone to get. Hopefully it will be up to Android 2.0 when they finally get around to selling this phone in the first half of next year.

Acerâ€™s Liquid A1 is the companyâ€™s venture into Android smartphone field and it has so far received a lukewarm response at best. After announcing the Snapdragon processor and the Android OS base, it became the first phone to bring those two together.

However, as we have seen and heard from the folks who got their hands on the deviceÂ  - Acer is clearly lacking on the UI development. Plus, the physical design of the phone leaves much space for improvement. Acerâ€™s inexperience in the smartphone category shows through too clearly for this to be a compelling device. Sorry Acer but it looks like you need to step up your game here. [read]

Nokia is rumored to be making a new smartphone for AT&T that will be powered by Snapdragon. It is not the N900 and it is something that will be up against the likes of the Droid, the HD2 and the X10. This is a little sliver of a rumor, so more details are currently unavailable. [read] 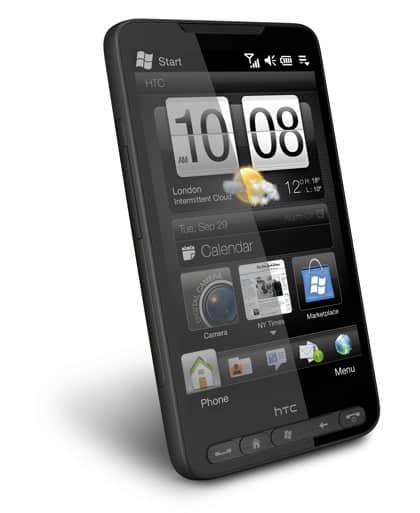 Article Name
The Snapdragon So Far: Big Phones
Description
The Qualcomm Snapdragon seems to be on its way to becoming the Atom of the smartphone world.
Author
Shailpik
Publisher
Ghacks Technology News
Logo
Advertisement