Haiku giving life back to BeOS

If you've been around long enough you will probably remember the Be operating system. Be began life in 1991 by Be Inc as an operating system for BeBox hardware. There was a lot of excitement about this operating system as it was going to be the be all end all OS for multimedia.

The operating system was written specifically for multimedia and promised it would have features to to take advantage of modern hardware like no other operating system could. Unfortunately this project fell through and Be was purchased by Palm. Since then Be had little interest, save for a few enthusiasts.

But it looks like those enthusiasts have given life to Be in the form of Haiku. The Haiku OS has been released as an alpha  and is installable on x86 hardware. It is an open source project and, from the looks of it, has a lot of promise. I have installed the alpha and have worked only briefly with the desktop. From what I have seen it has promise. It's far from ready for public consumption, but if developed correctly, could be something special.

The Haiku projects' aim is to create an operating system focused specifically on personal computing with features like:

I would like to say Haiku is something most Ghacks readers should download, burn, and try. If you have a VirtualBox installation up and running it would certainly be worth the time. If you do decide to do so I will warn you not to go directly to the installer when you boot up the ISO image. You will want to first run from the desktop and then the installation from the clickable icon on the desktop (see Figure 1).

The installation will require you to partition the drive, but the Haiku partition setup tool is quite easy to use.

Out of the box, under VirtualBox, Haiku could not use my network. It took some digging around but eventually I found the solution. With the virtual machine stopped and closed you will want to go into the Settings of the Haiku VM and then take care of the following configurations:

That should get you up and running with networking. There is also a strange issue with using Haiku in VirtualBox in that it can not write the boot loader properly. I believe the only solution to this is to use a VMWare image under VirtualBox. To do this you will need to create the VirtualMachine (using "Other" operating system as the type) and then mount the VMWare image (You can find an image on the Haiku Download Page) through VirtualBox.

What can you use Haiku for?

I like where Haiku is going. I was a fan of the BeOS when it initially appeared and was disappointed that it didn't find traction. I hope Haiku can fully bring back to life what BeOS promised. What do you think? Have you tried Haiku? Did you ever have the chance to run BeOS? Let us know your thoughts. 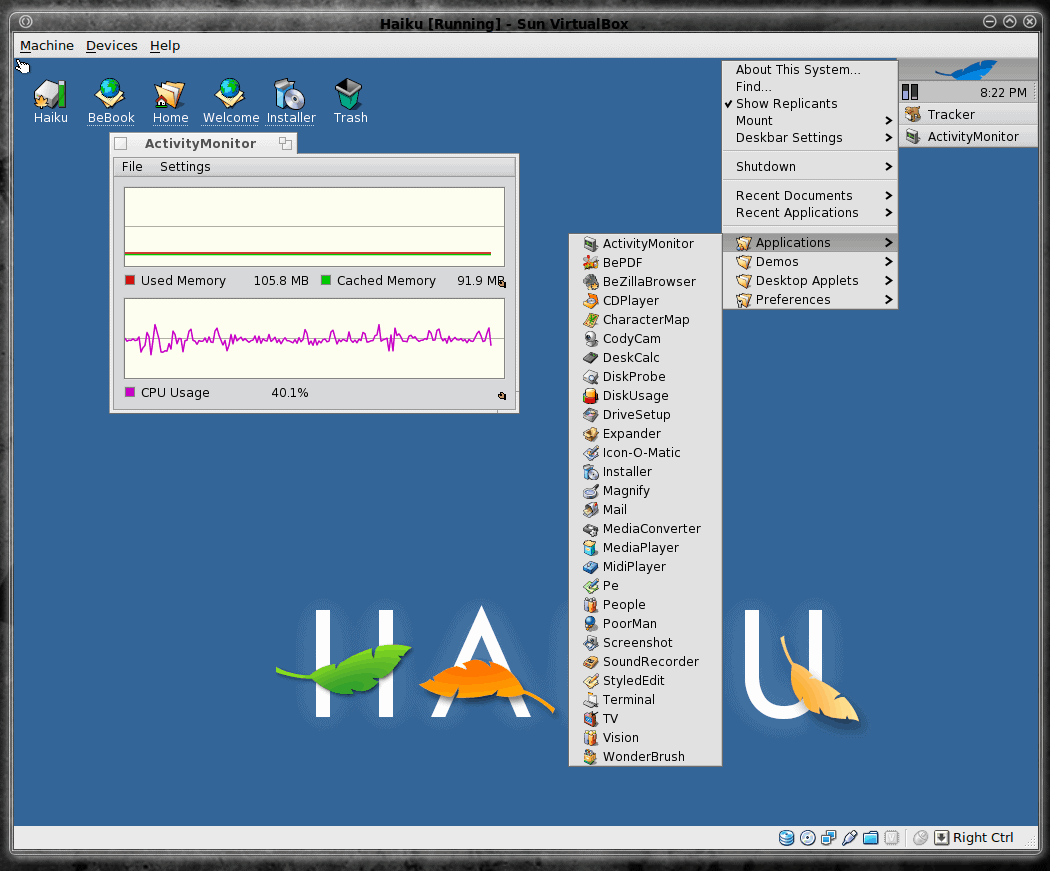 Article Name
Haiku giving life back to BeOS
Description
The Haiku OS has been released as an alpha and is installable on x86 hardware. It is an open source project and, from the looks of it, has a lot of promise.
Author
Jack Wallen
Publisher
Ghacks Technology News
Logo