Use and make free, as in beer and freedom, maps with OpenStreetMap - gHacks Tech News
ghacks.net

Use and make free, as in beer and freedom, maps with OpenStreetMap

Hundreds of websites offer mapping services, which highlight roads, railways, streets and scores of other things. Most of these sites charge for commercial use of their data and almost certainly won't allow users to change the maps in a wiki-like fashion.

OpenStreetMap is a project to provide maps, like Google Maps does. Unlike sites like Google, though, OpenStreetMap provides its data freely under a Creative Commons license.

The site relies on its users to utilize their GPS devices to record roads, something that can be done through several pieces of software available for platforms ranging from Linux to PocketPC to iPhones.

These pieces of software produce journeys which can be traced around, labelled using software and then uploaded to OSM. As roads change, other users can then edit these pieces of information.

Many websites and application, especially those involved in the free software movement, utilize OpenStreetMap's data. 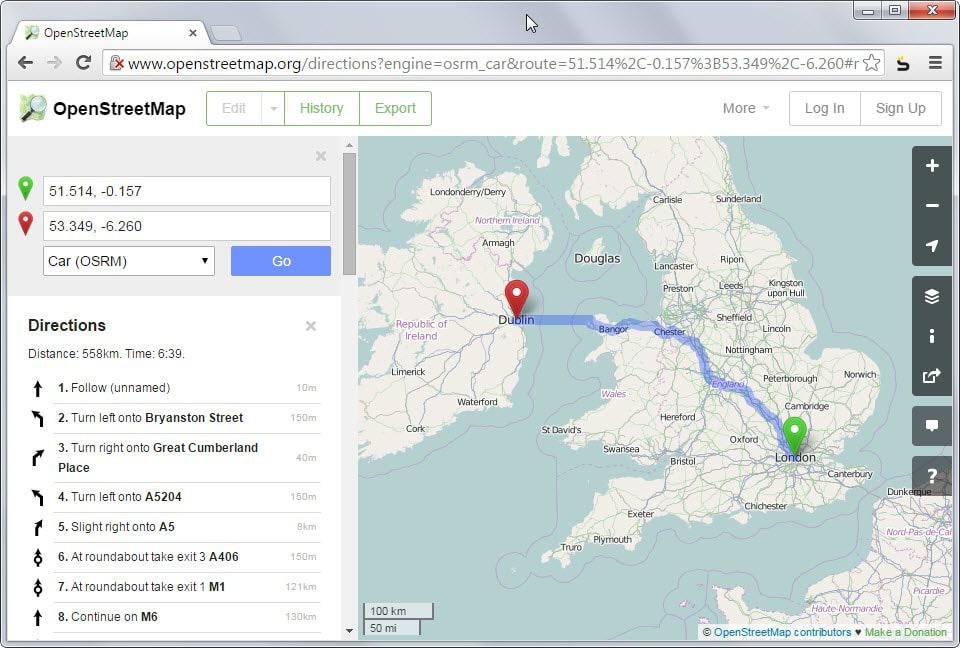 To contribute to this project, you need a GPS receiver. Then, you need software to log it in the 'GPX' format; the project's wiki lists a number of pieces of software for several platforms which do that. TopoGrafix Personally, I use Track n Trail for iPhone. OSM seem to like GPSBabel for non-mobile operating systems. Maps are then uploaded to OpenStreetMap, where using a Java editor they are edited and published. If this sounds complicated, a clearer how-to guide is available.

To summarize, OpenStreetMap is a wonderful idea. Coverage is patchy outside major cities, although most major roads in most Western countries are marked. There is no harm in contributing, naturally! It gives but more access to free information.

Update: Google's recent announcement to charge for api calls that go over a daily free limit has forced companies like Foursquare to ditch Google's mapping service. Many of the companies have started to migrate to OpenStreetMap.

Article Name
Use and make free, as in beer and freedom, maps with OpenStreetMap
Description
OpenStreetMap is a project to provide maps, like Google Maps does. Unlike sites like Google, though, OpenStreetMap provides its data freely under a Creative Commons license.
Author
Joe
Publisher
Ghacks Technology News
Logo