Use Screensavers As Vista Wallpapers

Windows Vista Ultimate comes with the Dreamscene extra which can turn videos into background wallpapers.

Several other applications like VLC offer this option as well. A tip was posted over on Tech Recipes today that mentions a hidden setting in Windows Vista that makes it possible to use any screensaver as a Windows Vista wallpaper.

This hidden setting works in all versions and editions of Windows Vista, and not only in the Ultimate/Enterprise edition of the operating system.

All that needs to be done is to execute a single command to execute the screensaver as the Vista wallpaper.It is suggested to test this first by selecting one of the default Vista screensavers as a desktop background first to make sure it works without issues on the operating system before custom screensavers are made the wallpaper of the system.

Open a command prompt by pressing Windows-R, typing cmd and hitting enter. Now execute the command aurora.scr /p65552. It can take a few seconds before the changes become apparent. What you should see is the screensaver as the new wallpaper in Windows Vista. 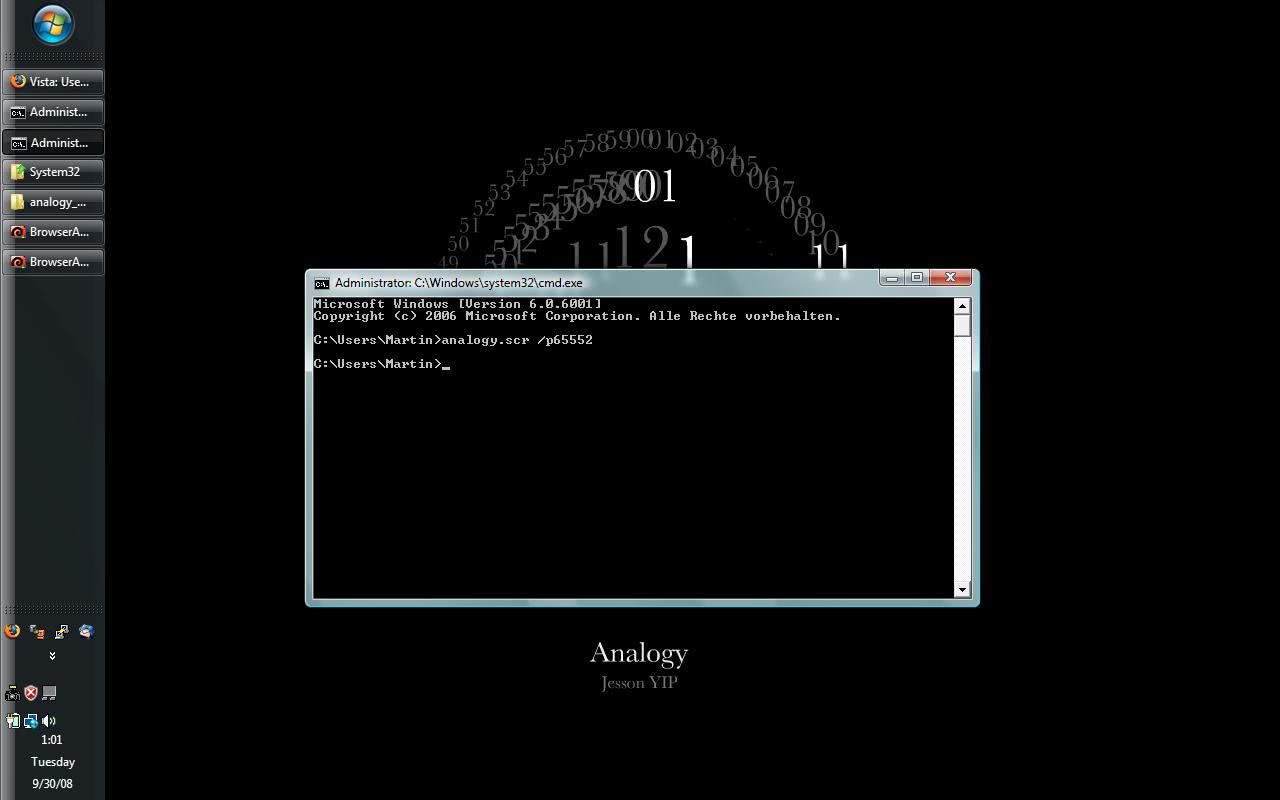 The above screenshot is a snapshot of a Windows Vista 32-bit Home Premium edition running the pc screensaver Analogy as the background image. The screensaver can be killed anytime in the Windows Task Manager where it appears as a process that uses roughly 10 Megabytes of computer memory.

The actual memory usage may vary depending on the selected screensaver so make sure you keep an eye on that in the beginning to make sure memory use is not becoming an issue.

The only side effect of the procedure is that all desktop icons will be hidden for as long as the screensaver is running as the background image.

Update: Some Windows Vista users have reported that they can't get the screensaver to run on their system as the desktop background. It is not really clear why that is the case. It may be a permission issue or another limitation. There is currently no workaround available to help those users get the screensaver to work on their versions of Vista.

Article Name
Use Screensavers As Vista Wallpapers
Description
The following trick allows you to use any screensaver as the desktop background (wallpaper) on all versions of the Windows Vista operating system.
Author
Martin Brinkmann
Advertisement