The boot manager itself can be installed in the MBR (Master Boot Record), the primary partition or on disk. The latter being an excellent way of testing the boot manager before installing it on the hard drive. 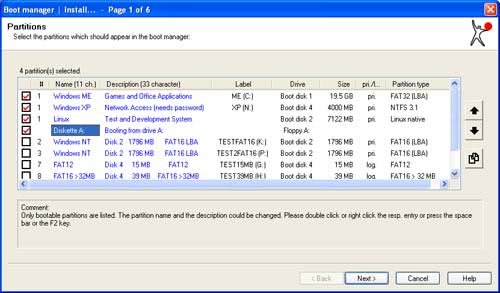 Other interesting functions of the Windows boot manager are (Windows because it is a Windows application):

During program start the Windows boot manager is displaying the discovered partitions and the existing operating systems. It is important to make sure that the information that are displayed are correct before installing the boot manager. The user should also consider making backups of the list of partitions and boot sectors to be able to revert back if the installation of the boot manager goes wrong in any way. Those are just precautionary measures.