Yes, this article is a little out of the box but I'm pretty sure that most of tech geeks (and sci-fi fans ;) would be interested in this matter, that's why I wanted to share the info. Additionally, IF true, this project would in my honest opinion become a revolution easily comparable to the birth of the internet. Some time ago I've read about a brand new concept of a microwave engine designed especially for spacecraft propulsion. A bunch of smart heads from the UK lead by R.Shawyer invented a simply looking yet very complicated (from the view of mathematical and physical theories) prototype of a propeller that uses microwaves to generate thrust and by doing so compensate the power of gravity...

Does it sound like a crazy sci-fi stuff to you? It did to me until I found out that the SPR Ltd. company standing behind the project gained a fund of L125.000 from the UK government for further development and improvement. I seriously doubt British government would invest such a pile of bucks into some kind of trickery. Moreover, despite all criticism and disbelief at the beginning, the scientists have proven their prototype worked exactly as presumed by mathematical calculations supplied by Dr. Richard Paris, prof. of math on the University of Abertay, Dundee. Their project is also supported by a large theory explaining the idea in the language far beyond my comprehension (I didn't really even try to understand that stuff :).

So called "EmDrive" is an experimental thruster converting the electrical energy to a pure power - thrust - without using any conventional propellant in the conversion process. The experimental engine itself has a shape of cavity, wide on one side and narrow on the other side, while the microwave energy is being put in from the source on the narrow side and so called "net force" (thrust) being emitted on the other side.

The project has been divided into 3 periods; The first generation engine was only supposed to become a proof of concept working in the room temperature and lifting a small weight. The second generation experimental engine supported by the grant from UK government was able to make a 100 kg weighing platform slowly move when propelled with an input power of 334 W (watch video). That's definitely not worth the consumptive power you might say and you'd be right. But this is not where it ends.

After approving the calculations and checking that it obeys all physical laws the third generation superconducting engines are coming. This is where it starts to be really interesting. According to their claims, such superconducting engine should be able to lift an object weighing up to 3 tons when using an input power of 1 kW (!); That means it would be theoretically possible to lift 3 tons with an engine supplied by 2 or 3 computer PSU...

It's always possible that something goes wrong but as all tests and calculations are showing, this project looks really promising at the moment. The main aspect that made me start to believe this might be true was the fact that British government supports it. Maybe the time of hovercraft's is simply closer than we are willing to believe... 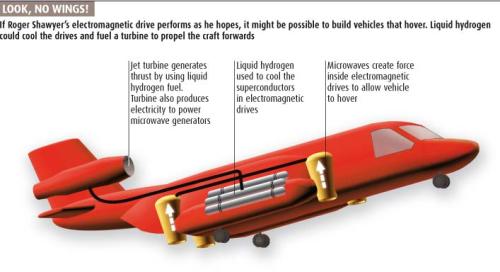 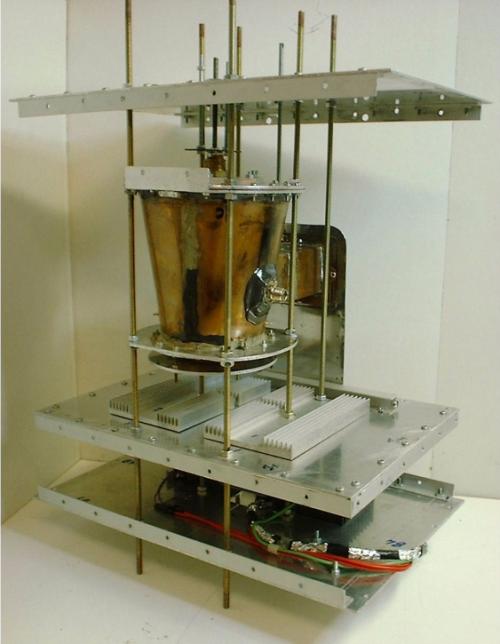 View all posts by Tobey →