A new version of the popular Ubuntu Linux distribution has been released to the community. You can download it from the official homepage directly or by using Bittorrent.So what have the developers of Ubuntu to say about the new release?

With Flight 5 comes a new and improved Human Look-and-Feel, a few new GUI power tools, and much more. In addition to Ubuntu-specific improvements, GNOME 2.14 final is now in Ubuntu 6.04 as well.

The download size varies depending on your system but will be around 650 megabytes. Get it while it's hot.

We have come a long way ever since the news that Ubuntu 6 had been released. Today, in 2012, Ubuntu is still alive and kicking, and maybe more so than before. The most recent version of Ubuntu, which is 12.04 LTS (which stands for Long Term Support), offers everything one can expect from a modern operating system.

The latest version comes with several exciting - and sometimes controversial - new features, including the Ubuntu Software Centre which you see on the screenshot above. It is basically an app store for the operating system that makes it a lot easier and comfortable to discover, download, and install applications for the operating system. 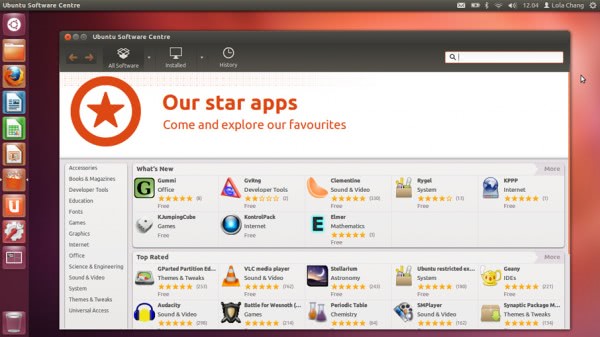 Ubuntu 12.04 ships with a new video lens that you can use to find local and remote videos in a heartbeat (provided that the computer is connected to the Internet). It displays local videos and videos on sites like Ubuntu on the desktop, with everything being just a click away to be watched.

The third major new feature is a new HUD, which appears when you press the ALT key on your computer keyboard. This works similar to the search feature of Windows 8's Metro interface. Just start typing, and select one of the results with a tap on the enter key or the mouse.