The next Windows 10 feature update is called the May 2020 Update - gHacks Tech News
ghacks.net

The next feature update for Microsoft's Windows 10 operating system will likely be called the May 2020 Update.

Microsoft has had the habit of changing feature update names frequently for its Windows 10 operating system, especially in the first two years after release. The first releases were called the November Update, Anniversary Update, Creators Update, and Fall Creators Update. Then in 2018, Microsoft switched to naming releases using a month - year scheme; the company released the April 2018 Update and the October 2018 Update in 2019, and the next feature updates May 2019 Update and November 2019 Update.

The next feature update for Windows 10, which is known as Windows 10 version 2004 at the time of writing (using year/month as the version), will likely be called Windows 10 May 2020 Update. 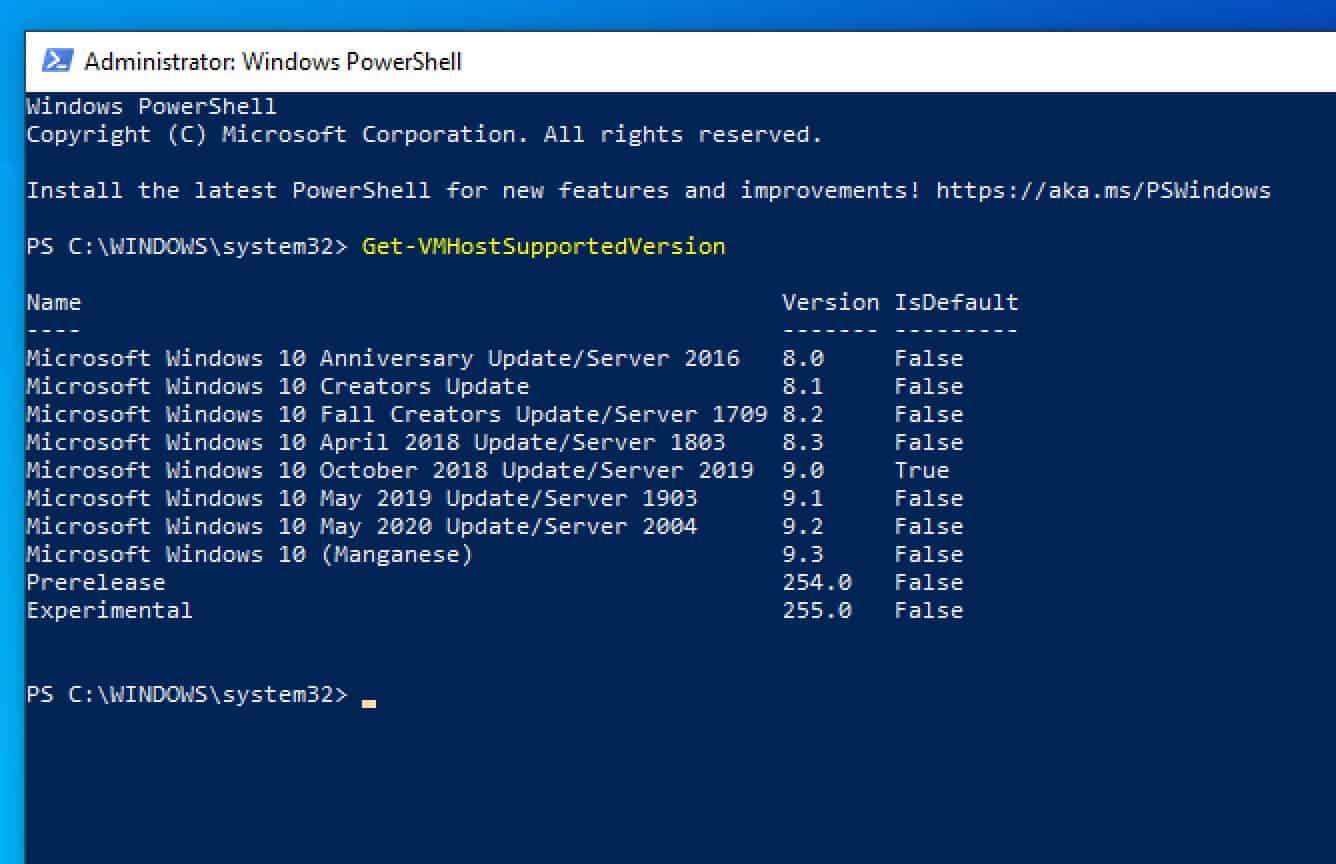 The decision would introduce stability to the naming of feature updates; in fact, it is the first time that a feature update name replicates the name of a a release of a previous year.

Tero Alhonen posted a screenshot of the PowerShell command Get-VMHostSupportedVersion on Twitter this week and the data that was returned by the operating system used Microsoft Windows 10 May 2020 Update/Server 2004 as the name for the upcoming feature update for the operating system.

The command, when run from an administrative PowerShell prompt, returns the list of virtual machine configuration versions that are supported on a host. You can find out more about the command on Microsoft's Docs website.

The May 2020 for Windows 10 is expected to be released next month. Microsoft has not revealed the final release date for the new feature update yet. If the May 2019 Update is anything to go by -- it was released on May 21, 2019 -- it is possible that the May 2020 Update will also be released on the third Tuesday; this would mean a release on May 19, 2020.

While some administrators may be tempted to install the new version immediately, it is often better to wait at least a month to avoid running into issues. It is common that feature updates have bugs initially, often major ones, that need to be fixed by Microsoft.

Now You: What is your expectation in regards to the Windows 10 May 2020 Feature Update?

Martin Brinkmann is a journalist from Germany who founded Ghacks Technology News Back in 2005. He is passionate about all things tech and knows the Internet and computers like the back of his hand. You can follow Martin on Facebook or Twitter
View all posts by Martin Brinkmann →
Previous Post: « Microsoft releases out-of-band update for Windows connectivity issues
Next Post: Microsoft to support new Edge browser until July 15, 2021 on Windows 7 »