Bitdefender Home Scanner is a free program by security company Bitdefender that scans devices on local networks for security issues.

The need for security has expanded with Internet of Things being a trend, and household devices such as your fridge or thermostat connecting to a local network or the Internet.

It is no longer sufficient to just make sure that your laptop, smartphone or desktop computer is protected. Any device with connectivity, be it a smart TV, game console or household item, can let attackers in if vulnerabilities are found.

The main purpose of Bitdefender Home scanner, besides serving as an advertisement for Bitdefender Box, is to scan connected devices for several vulnerabilities. 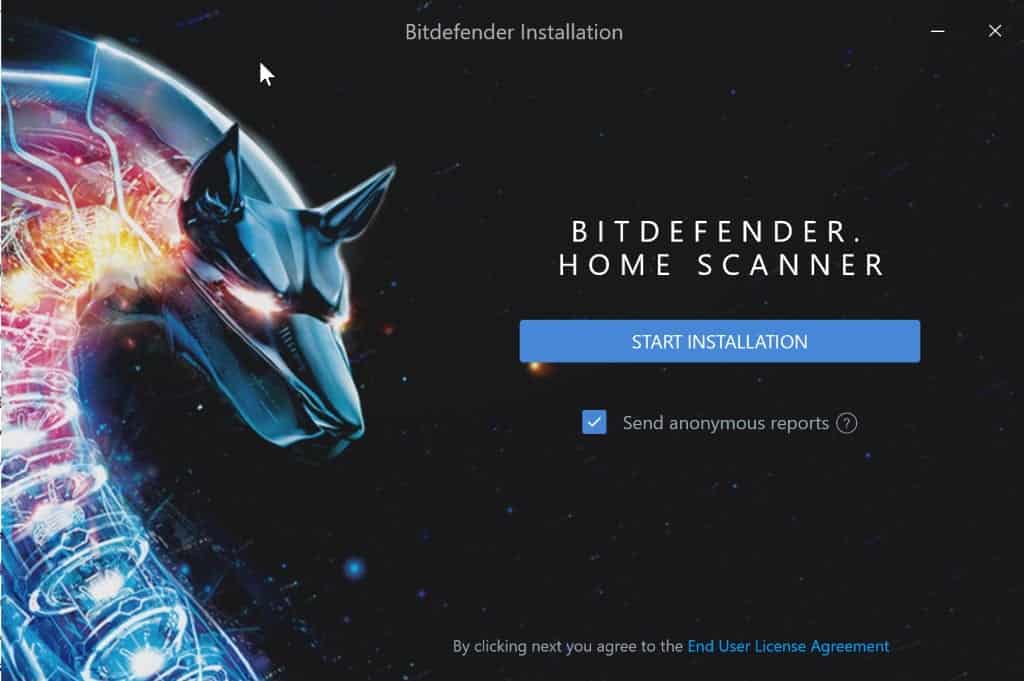 The security program is available free of charge, but it requires that you set up a Bitdefender account or sign in to an existing account to use it.

Bitdefender Home Scanner needs to be installed. You get one option prior to installation, and that is to disable the sending of anonymous reports to the company. There is no option unfortunately to change the installation directory.

A scan for devices that are connected to the network is run afterwards. Each device found is listed with its name, IP address, the time it was scanned the last time, and status. 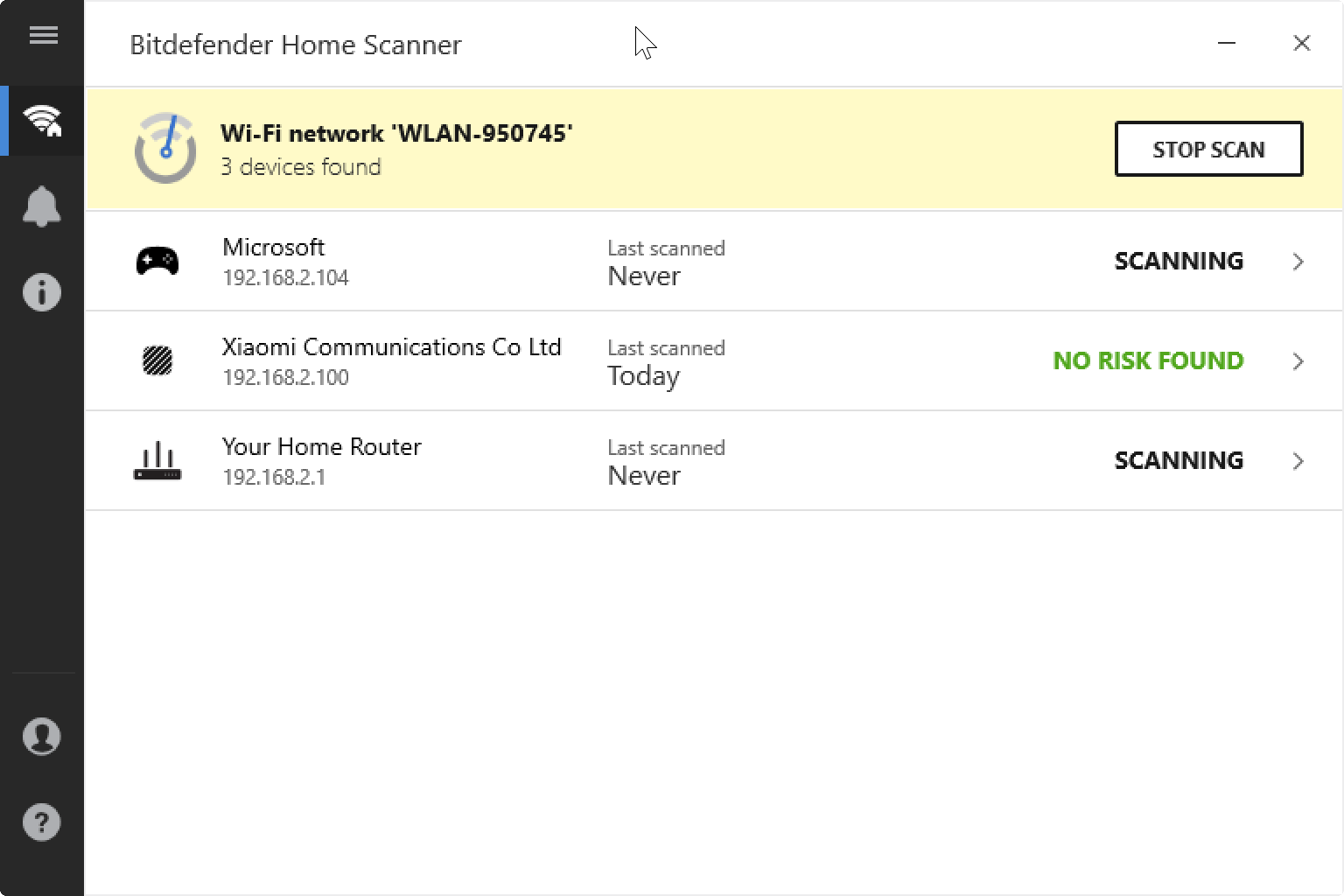 Scans take a while to complete, but you can navigate away from the page without impacting the scan of the network and the devices.

There is little however that you can do in the application. The only other option that is worth noting is to click on a device to display detailed information on it. 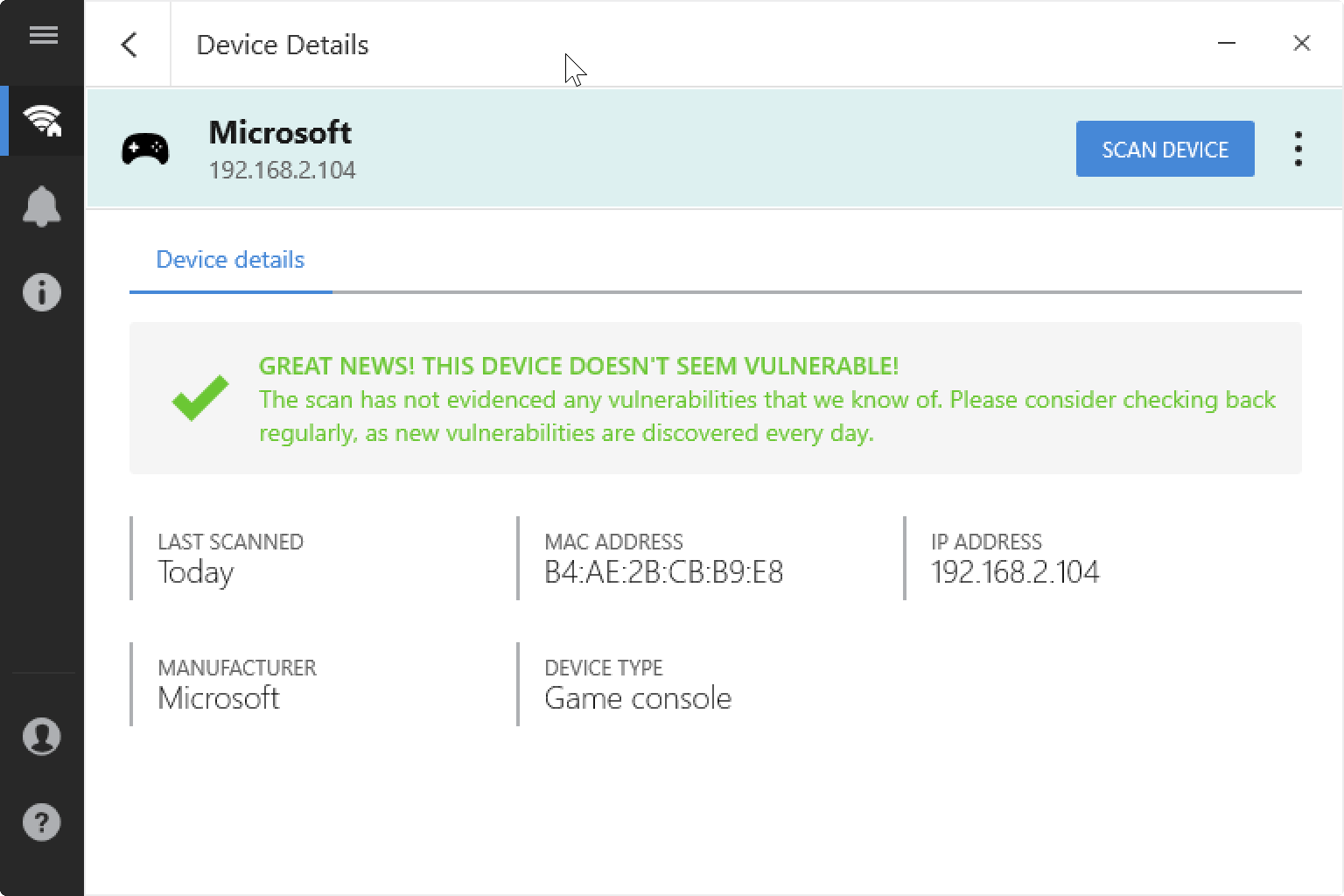 Device details list more information including the device's MAC address and device type, if detected. The application did detect smartphones, game consoles and routers during scans.

The detection quality was good overall, but it did detect a Microsoft Xbox on one Windows device it was run on even though there was none connected to the network.

The security program scans devices for the following vulnerabilities:

While it may detect these security issues, it won't detect other issues the devices may have.

Bitdefender Home Scanner is a free program that requires registration. It would be excellent if you could use it as a second opinion scanner considering that there is little reason to keep it installed after all of your devices have been scanned. It may make sense in environments that new devices are connected to regularly though. (via Techno360)

Martin Brinkmann is a journalist from Germany who founded Ghacks Technology News Back in 2005. He is passionate about all things tech and knows the Internet and computers like the back of his hand. You can follow Martin on Facebook or Twitter
View all posts by Martin Brinkmann →
Previous Post: « Kaspersky VirusDesk: online file and link scanner
Next Post: Bitdefender 2018 changes »