HamMultiPlayer is a free software program for Microsoft Windows computer systems that lets you to play multiple videos at the same time.

The application uses mplayer and the MediaInfo library for that which means that it can play most video files out of the box. It is compatible with all 32-bit and 64-bit versions of Windows from Windows XP to Windows 10, and is a portable program that you can run from any location on a Windows machine.

The program's has been designed for several tasks, including previewing videos, managing them, and watching multiple videos at once. 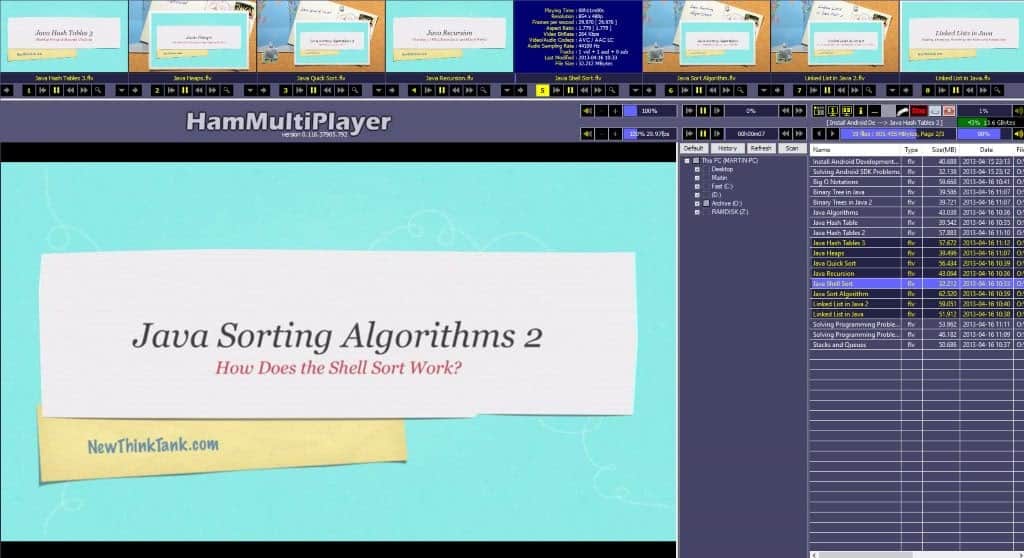 HamMultiPlayer's interface displays a lot of panes and even more buttons by default. This can be confusing at first, but it all makes sense once you get past this initial wondering where to start phase.

What you may want to do first is load some videos. You can use the browser on the right to do just that. It lists all drives and the folders, and you may have any folder scanned for supported video files to have them loaded all at once by the application.

As far as loading videos is concerned, you do get options to filter the listing in various ways. You may filter by media file extension for instance, or by anything that you add in a free text field.

The default layout displays eight videos that are loaded near the top, and one of them in the larger play area.

What is particularly interesting about the layout is that you can play any of the videos on its own, or play them all at once instead.

The media controls under each video thumbnail are linked to that video only, but the controls in the toolbar below the previews control them all. Once you select one of the videos for playback in the main pane, you get another set of controls just for that one.

One of the strengths of the multimedia player is the ability to change the interface. When you open the preferences, you may add one or two additional rows of video thumbnails to the interface, or reduce the number of thumbnails displayed instead. 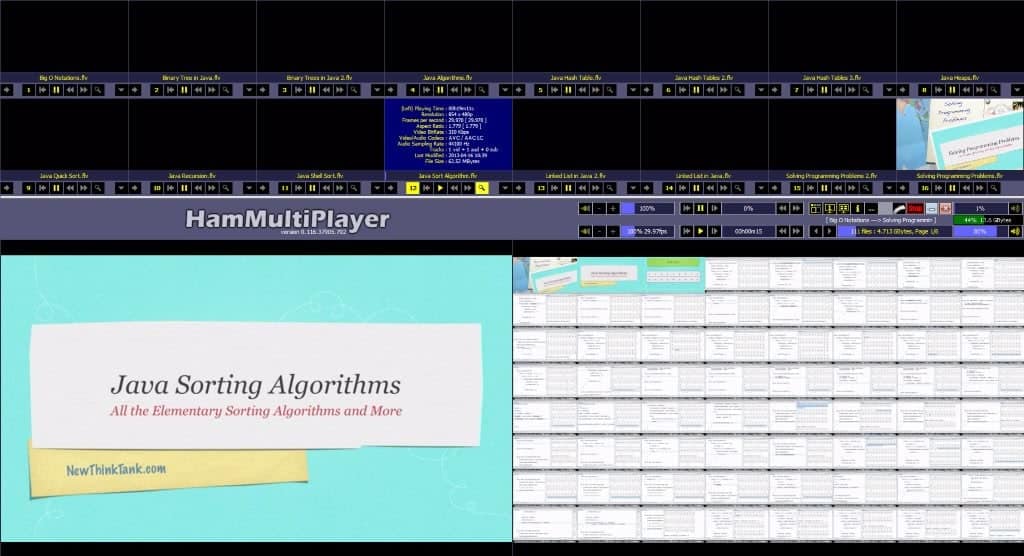 Things don't stop there though; you can change the default view mode to three other modes. There us dual view mode for instance which displays two videos in the larger pane in the lower half, or a full width mode that hides the folder browser.

The program supports multi-monitor systems as well, and may display thumbnails only or a preview only on one of the connected systems.

Another cool feature of HamMultiPlayer is that you can have it create thumbnail previews of videos. This captures screenshot of the video and displays them in the play area. This allows you to preview the video quickly, and even jump to any of the parts of the video with a click.

Instead of loading multiple videos, you may also load a single video to divide it into multiple parts that are shown then as thumbnails in the application.

There is a lot more that the software program supports. You can load an audio equalizer, change video characteristics such as brightness or contrast, increase or decrease playback speed, or make use of external decoders and programs.

So what can you use HamMultiPlayer for? I think it is an excellent program that you may use for several things:

HamMultiPlayer is a powerful multimedia player for Windows that you may use to play multiple video files at once on the system. Since it uses mplayer for that, it supports pretty much any video file you throw at the player. All in all, an excellent but specialized program.

Now You: What's your take on HamMultiPlayer?