The update is already available via Windows Update, and it should be installed automatically on most devices running Windows 10 version 1703 as automatic updates is the default configuration.

You may run a manual check for updates as well if the update has not been picked up yet by Windows Update. Do the following to run the check:

Windows will run a check for updates directly, or on your request on the page. The KB4016240 cumulative update should be picked up at this point, downloaded, and installed. Please note that a restart of the operating system is required to apply it. 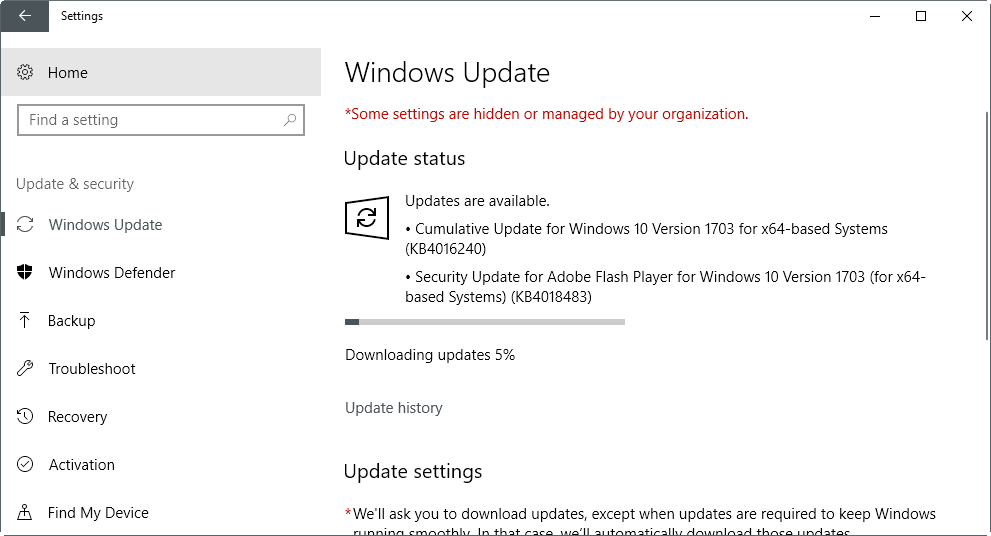 As far as changes are concerned, it includes a number of non-security related fixes for issues of previous versions.

This includes a fix for a memory leak issue in Microsoft's Internet Explorer, a Windows Form issue that prevents third-party antivirus software from working correctly, and brings back the option to disable the Lock Screen using the Group Policy on Windows 10 Professional editions.

The full changelog is attached below. You find the same information on the Windows 10 Update History listing on the Microsoft website.

Previous Post: « How to disable Fast User Switching on Windows
Next Post: Microsoft to offer more updates for Windows 10 »