Microsoft released Windows 10 Virtual Machines on December 23, 2016 on the company's windows Dev Center website where they are listed as public downloads.

Update: The virtual machines are replaced regularly with new versions.

The machines are intended for companies and individual developers, but are not limited to that. This makes them interesting for testing purposes among other things as well.

Start coding sooner with a virtual machine prepped for Windows 10 development. It has the latest versions of Windows, the developer tools, SDKs, and samples ready to go.

If you just want to try out Windows 10 and UWP, use the free evaluation version of the VM. 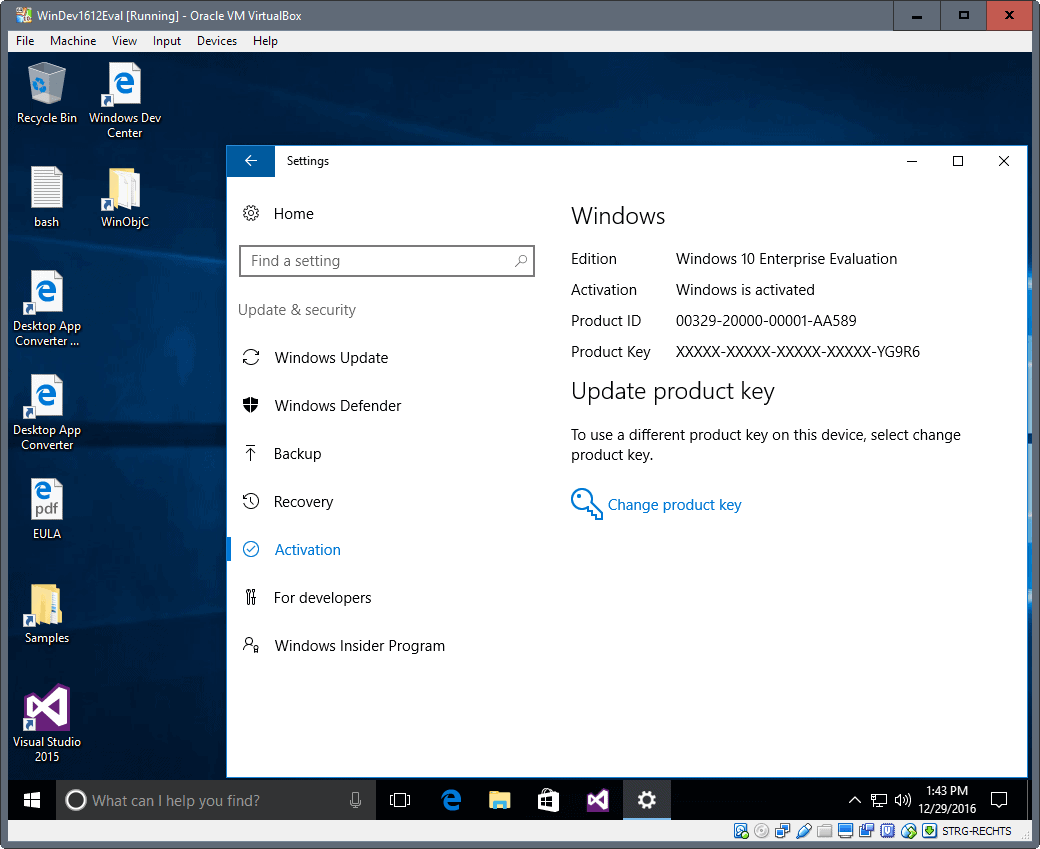 The Windows 10 Enterprise version is an evaluation version. This means that it will expire after a set period of time automatically. The time listed currently is April 8, 2017. It seems likely that Microsoft would include the "by the released" Windows 10 Creators Update in the next virtual machine image that it makes available, if it does so.

The Windows 10 Professional version on the other hand requires a valid Windows 10 Pro license (EN-US only). Both operating systems come with the Anniversary Update included already.

The virtual machine images come with additional tools and software besides the operating system:

Please note that versions of the tools that are included in the image, and the tools may change at any point in time.

Downloads are in the 20 Gigabyte range, so make sure you have enough free storage space on your computer. The downloads are offered as zip archives which means that you need to unpack them on your device after the download before you can load them in the software you are using for virtualization.

The unpacked archive uses about the same size, while the actual imported virtual disk may use even more than that. It used about 44.6 Gigabytes on first start after import, and was set to a dynamic size of 127 Gigabyte.

Microsoft asks you to download and use the Windows 10 Pro virtual disk image if you require a copy  that does not expire.

The main target group is developers, and here specifically those that create UWP apps for Windows 10.

While that is the case, the virtual disk image of Windows 10 Enterprise has other uses besides that.

Martin Brinkmann is a journalist from Germany who founded Ghacks Technology News Back in 2005. He is passionate about all things tech and knows the Internet and computers like the back of his hand. You can follow Martin on Facebook or Twitter
View all posts by Martin Brinkmann →
Previous Post: « Windows 7 to Windows 10 upgrades still free
Next Post: What is in store for Windows 10 in 2017 »