Google Translate is a popular web service that enables you to translate phrases, articles or entire websites into different languages. The machine-based translation service is regarded as one of the best of its kind even though it is far away from the quality of professional human translations. Still, it is ideal to get the meaning of a foreign text or website.

The Google Translate application for Android brings the service to Android devices. It is based on the same service but offers several improvements over the web-based version. One of the exclusive features is SMS translation. It allows you to translate any message that you have received on your device into a different language.

Google today rolled out an update for Google Translate for Android that brings another requested feature to the application. Up until now you had to be online with your phone or tablet to make use of the translation feature that it provides you with. Today's update changes this by enabling offline language support to the app. What this means is that you can now make translations even if the phone is not connected to the Internet.

The first thing you need to do to enable offline languages support is download at least one additional language - the English language pack was already installed on my system but that may be different depending on the localized version of the app you are using - to enable offline translation support. 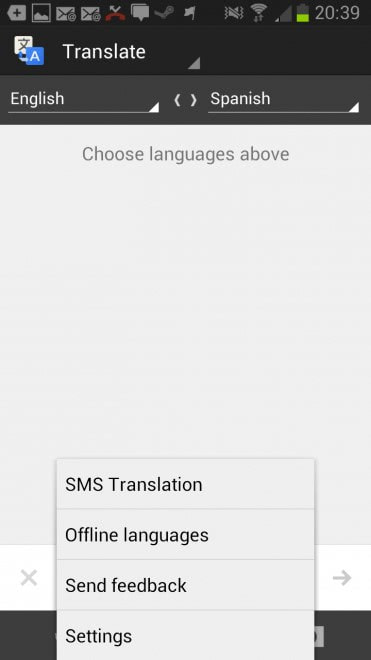 To do so, tap on the menu button and select Offline languages from the menu. This brings up the list of installed and available languages.  Tap on the pin icon next to a language that you want to make available offline and follow the wizard to install it on your phone. The core language package will be downloaded in addition with the first selected language. Google recommends downloading the language packs over Wi-Fi only due to their size. The German language pack has a size of 160 Megabyte for instance. 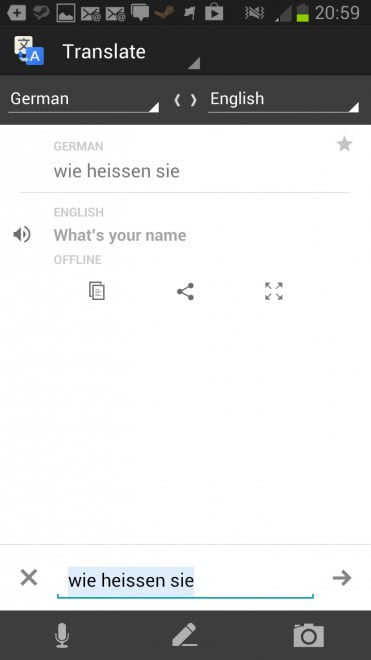 Offline translations are indicated as such by the application. What I really like about the Google Translate app is that you can tap on the sound icon to have the phone speak out the text automatically.

Google notes on the official Google Translate blog that the offline versions are less comprehensive than the online version.