Google Chrome for Android now out of beta

Google today has announced the release of the first stable version of the Google Chrome web browser for the Android operating system. According to Google, Chrome for Android is now available for download on Google Play, Google's web based online store, and via the Google Play store on the mobile device directly.

The stable version of Google Chrome for Android is only available for Android 4.0 or later devices. The update does not include any new features worth mentioning, and Google notes that it mainly consists of stability and performance fixes since the last beta release. 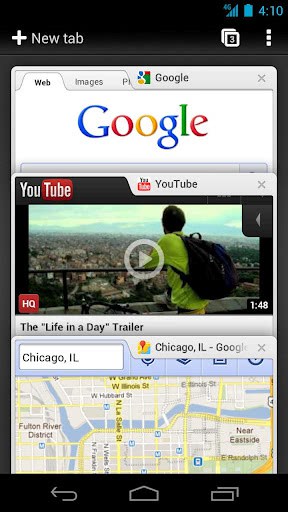 Chrome for Android has been designed for smaller screens found on mobile devices like phones or tablets. Google has integrated many features of the desktop Chrome application in the mobile version, including the browser's address bar that shares a single field for searching and navigating, a tab-based interface that allows you to switch between multiple websites in the browser, the ability to send pages from the desktop version of Chrome to the mobile client, the private browsing mode, and Chrome Sync to synchronize bookmarks and other date between desktop and mobile versions of the browser.

Here is a promotional video for Chrome for Android. Keep in mind that this video is showing highlights of an earlier beta version of the browser.

Chrome for Android is not the first browser that has made an impact this week. Mozilla, the company behind Firefox, earlier this week, released an update for Firefox for Android that features performance improvements, the inclusion of Firefox Sync to synchronize data between desktop and mobile versions of Firefox, and the new personalized start page. You can read up on all of the changes by following the link posted above.

Are you using Chrome or Firefox on your Android device? Have you tried either one? Let us know what you think of the browsers that you tried, or why you did not try them, in the comments.