Tinker was one of the few Windows Vista Ultimate extras that was released by Microsoft. It was a classic puzzle game that put the player in the role of a robot that had to solve 60 levels with classic puzzle elements.

Microsoft made an announcement a few weeks ago that they would release some of the Vista Ultimate extras to the public.This meant, basically, that Windows users who did not own a Vista Ultimate license could get their hands on the game after all.

The game Tinker is the first to be released with Hold'Em, the other game that was exclusive to Vista Ultimate users, to follow suite later on.

Tinker is a isometric puzzle game in which you guide a robot through 60 levels that feature traps, switches, lasers, teleporters and other puzzle elements. 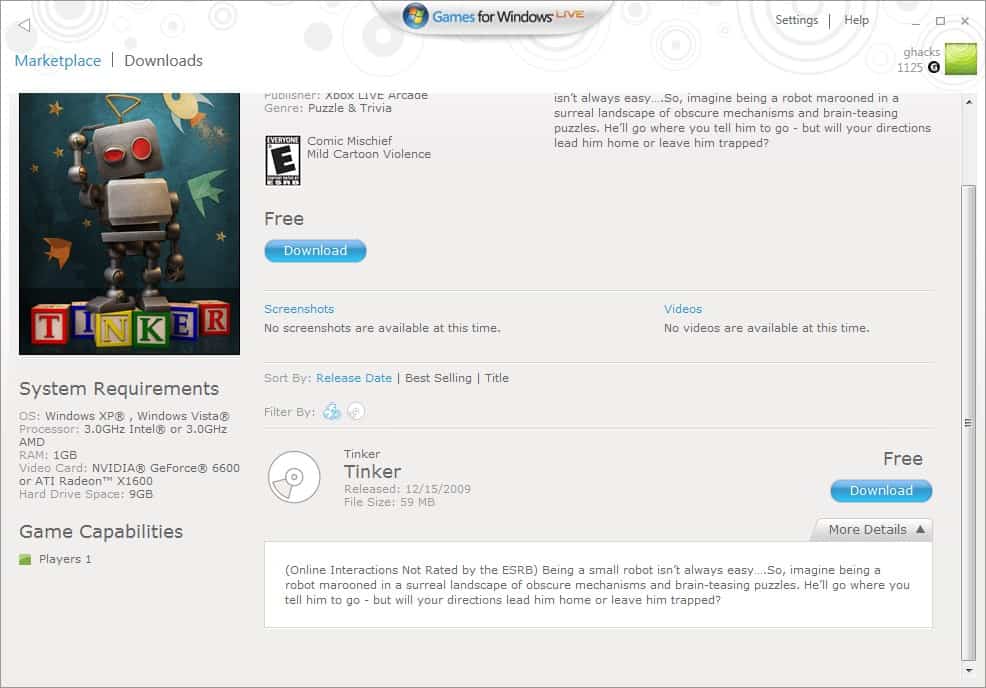 Tinker is available at the Windows Live Marketplace which means that only users with a valid Windows Live account and an installed copy of Games for Windows Live can download the game for free.

The good news - besides that the game is offered for free - is the fact that it is available not only for Windows 7 users but also for Windows XP and Windows vista users.

. A Windows Live account can be created from within the program's interface after the installation if that should be necessary.

Update: The website Tinker was offered on is no longer available. We have removed the link that pointed to it as a consequence. There is hope however, as third-party download sites like Softpedia have snagged the download and are offering it on their sites.

So, to grab the game head over to Softpedia. It should work on all versions of Windows starting with Windows XP.