The Windows 7 pre-ordering period was not like many users, especially from Europe, would expect it to be. Microsoft promised discounts on Windows 7 Home Premium and Windows 7 Professional for a limited time which turned out to be so limited that Amazon Germany for instance sold out after 5 minutes of offering the pre-order discount. Pre-orders are currently still accepted but for a either a smaller discount or no discount at all.

It was therefore welcome when rumors about a Windows 7 Family Pack emerged on the Internet. This family pack was supposed to contain three Windows 7 licenses so that the operating system can be installed on three computer systems in one household.

The features remain the same: Customers can buy a Windows 7 Family Pack consisting of three Windows 7 Home Premium licenses to install the operating system on three computers in one household.

Windows 7 Home Premium is the only edition of Windows 7 that is offered in the family pack. The price for the Family Pack has been set to $149.99 in the US. It should be noted that the editions are upgrade editions and not retail editions which means that users need a Windows XP or Windows Vista license to perform the update.

The Windows 7 Anytime Upgrade pricing was announced in the same blog post. Anytime Upgrade refers to the possibility to upgrade a Windows 7 edition to another edition by paying a certain amount of money. This process does not involve installing the operating system anew and could be interesting for users who purchase a computer system with a Windows 7 edition that they want to upgrade because of the increased functionality that the upgraded system offers. 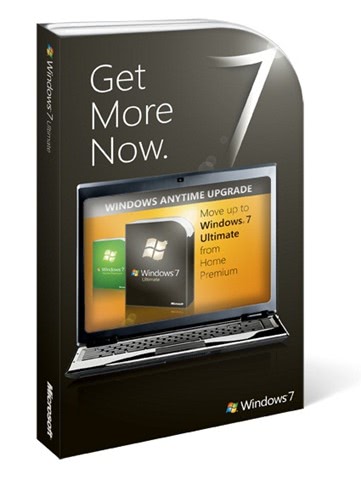 The pricing looks to be expensive considering that the Windows 7 Home Upgrade sells for $119.99 currently. Users safe between $40-$70 when performing the Anytime Upgrade instead of buying a retail upgrade edition of Windows 7 instead.

Update: The offer is not available anymore. The best options currently to buy Windows 7 for a good price are to purchase so-called OEM system builder editions. Amazon for instance has the following on offer currently:

Prices are subject to change.