It is therefor no coincidence that touch panel support was one of the major improvements in this release. Besides that the new Symbian OS will support higher screen resolutions and advanced sensor technologies. Nokia optimized the operating system for longer battery life and performance.

Nokia has done a lot to create a competitive operating system to compete with Apple's iPhone and Google's Android plattform on the same level. The first new handset running on Symbian Os 9.4 was announced in the same webcast. 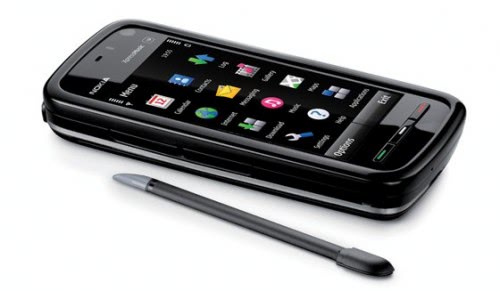 The Nokia 5800 XpressMusic smartphone with a 3.2" high resolution touchscreen and a resolution of 640x360 will be launched in the fourth quarter of 2008. The name implies that it will be a phone for entertainment and a direct competitor of Apple's iPhone plattform.

Update: Nokia has moved away from the Symbian platform in the last one or two years after signing an agreement with Microsoft to produce Windows Phone devices. The latest phone released with a Symbian OS was the Nokia 808 PureView, and it is almost certain that Nokia won't be producing any phones running that operating system for the foreseeable future.

The Symbian technology has been outsourced to Accenture in an outsourcing program which saw a sizable number of Nokia employees become Accenture employees in October 2011.

Master Password, the App that Never Stores Your Passwords