Today I'm trying out SuperKaramba. SuperKaramba is a widget tool for Linux, but it seems to have a larger user base behind it then gDesklets.

gDesklets is Gnome based, but SuperKaramba is KDE based. You can still use SuperKaramba on a Gnome interface, but not everything will work.

SuperKaramba can also be taken from the package manager, or downloaded from their site. After the download and installation you can start the tool from the terminal by typing superkaramba. It will probably also be in your start menu, but that wasn't the case on my Gnome based distro. 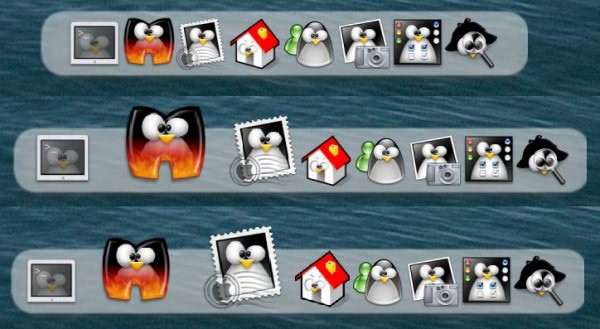 After you start SuperKaramba you can click the New Stuff button to get new widgets. There is a nice list of widgets you can choose from in that list. There are also sites like KDE-Look and Biodesign that have some widgets on their site that you can install. After a widget is installed you can click the Add to Desktop button after you have selected it, and the widget will appear on you desktop.

I like SuperKaramba more then gDeskets, it has a more modern interface and it has a bigger user base behind it. But the fact that it isn't completely native on Gnome makes it a bit "unstable" at times, so if this bothers you i advise to stick with gDesklets.

Update: The last Super Karamba update dates back to 2006, and while it may still run on a few Linux systems, it is likely that the program is no longer compatible with the majority of systems available these days.

The download and widgets are still available on the project website, so nothing is really lost. Some service specific widgets on the other hand are surely not going to be compatible anymore as many services have changed the way data is displayed in those six years since the last release of the program.

View all posts by Dearon →