Mozilla released Firefox 109 to the stable channel yesterday for Windows, macOS and Linux. One of the biggest changes in the update was support for Manifest V3, and the introduction of a new Unified Extensions button.

According to Mozilla's article, the new extensions button will allow users to control website specific extension permissions. So, it was introduced to comply with Manifest V3.

The new button is very much for all intents and purposes similar to the one that you can find in Chrome, Edge, Vivaldi, Brave, and Opera. It is a pop-up panel that lists all non-pinned add-ons that are installed in Firefox, i.e. the buttons for extensions that are not displayed on the browser's toolbar.

My biggest gripe with the new panel is that it is ridiculously long, it takes a lot of space on the screen, and if you have a ton of add-ons you have to actually scroll down till you see the bottom of the list. It almost looks like a resized version of the about:addons page. Just look at the image below, and compare it with the screenshot above, the number of items in the list are identical. 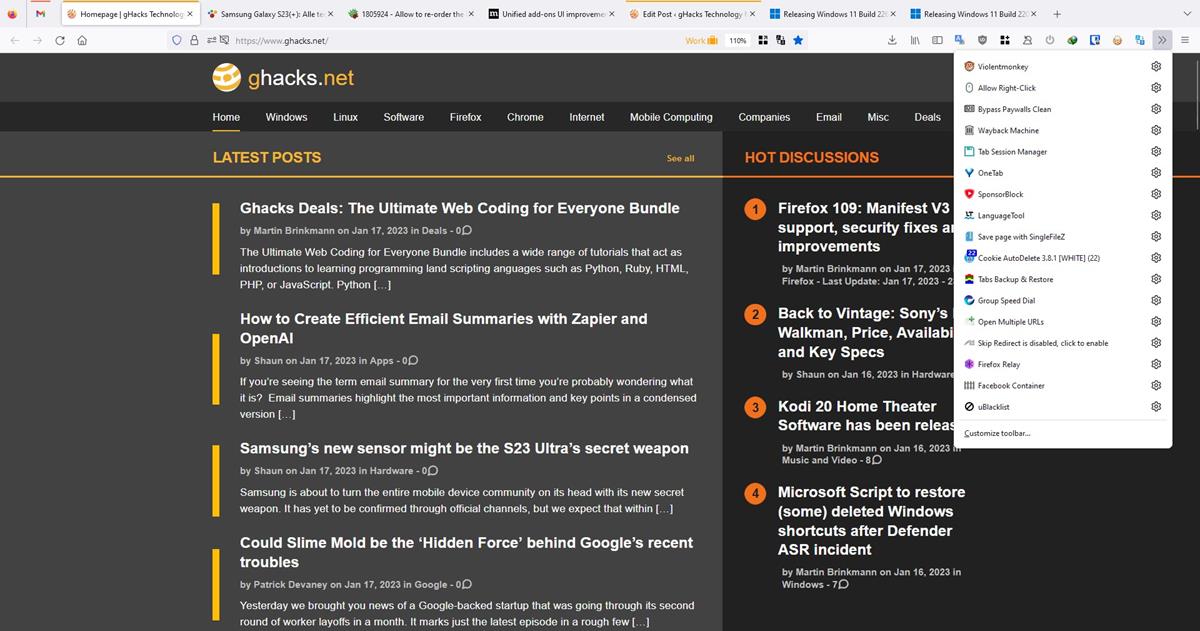 And it is not customizable at all, you cannot remove the button from the toolbar or move it (rearrange it). I know I have an absurd amount of add-ons installed in Firefox, but each of those serves a specific purpose. The whole point of having extensions is to have a customized browser, tailored to suit the user's needs, not the developer's.

Oh, and there are more issues with it. You cannot rearrange the order of the items in the new Firefox Extensions panel, and it does not have a sort by option either, so instead of an alphabetical order (or reverse), or a custom order, you are stuck with a random mess.

A useful feature that the Overflow Menu had was to remove extension buttons from the toolbar. Let's say you have an add-on installed which doesn't need any interaction from the user, for example, Facebook Container. The remove from toolbar option can be used to hide the button from both the toolbar and the menu, but still allows the add-on to work. The icon can be restored from the "Customize" section that can be accessed by right-clicking the toolbar. This is not possible with Firefox's new Unified Extensions, so the add-on is either on the toolbar, or in the new panel, which lengthens the list.

Fortunately, you can disable restore the good old Overflow Menu, and get rid of the new design simultaneously.

1. Open about:config in a new tab. Click on Accept the Risk and Continue button.

2. Type or paste the following flag's name in the text box.

3. Double-click on the result to change its value from True to False.

Note: If you wish to revert the change, just follow the same steps, and set the value to true.

This is important because some people may have heard about the new button, and decide not to update to the latest version. You should not do that, because you will be missing some important bug fixes. Update your browser and change the setting, and you can continue using it per usual.

Why replace a perfectly functional user experience with one that is lacking options that the old one had? The new button in Firefox is clearly a work-in-progress feature, that should not have been made the default user experience in the stable channel of the browser.

A ticket on Bugzilla refers to the customization options in the Unified Extensions panel. A developer has mentioned that it is still being worked on. There is a discussion on Mozilla Connect about the feature and potential improvements suggested by users.

What is your take on the Firefox Unified Extensions panel? 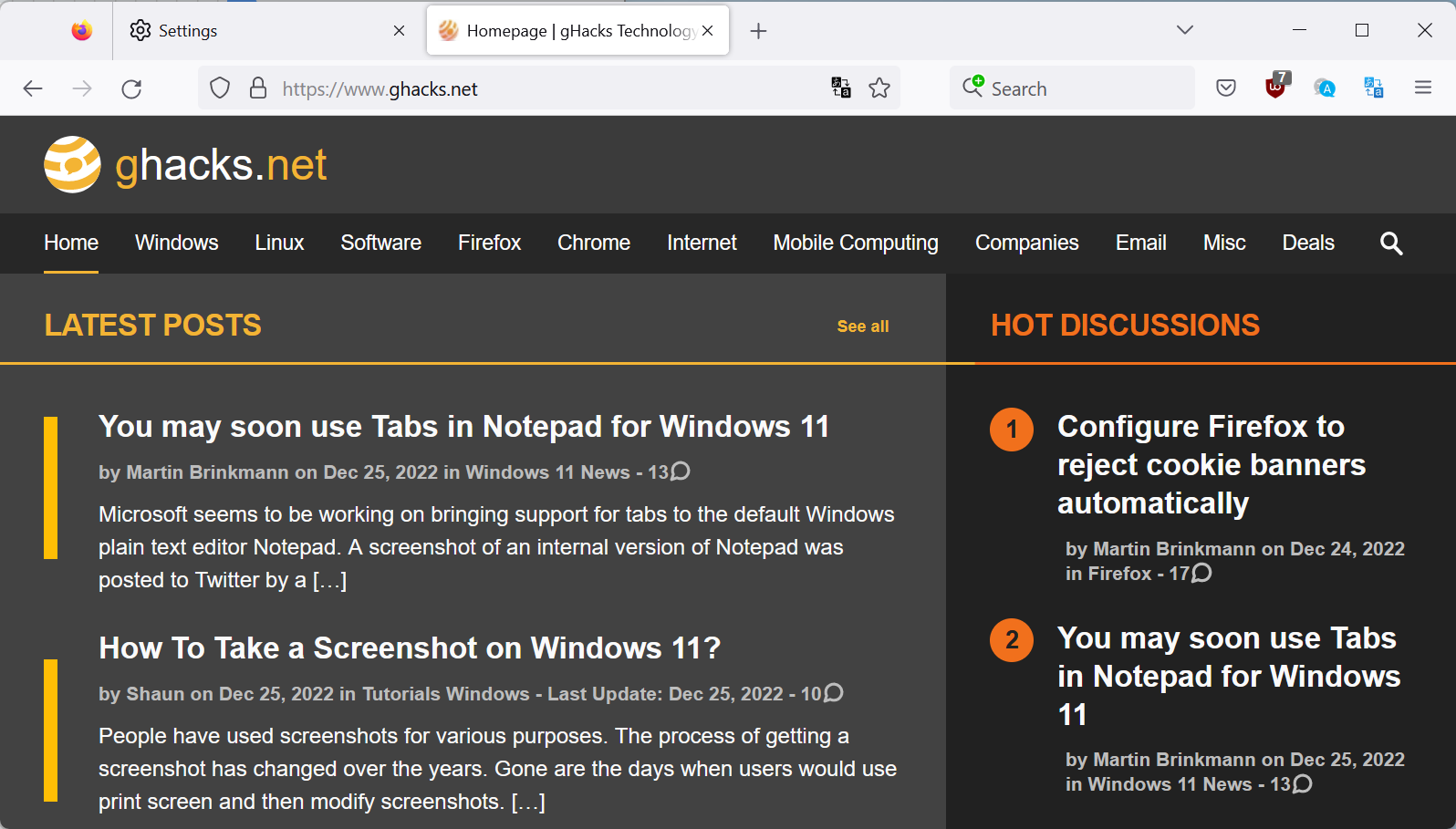