DeepL Translator is a translation service that is available as mobile apps, desktop programs and a web service. The service is offered as a free limited version and a Pro version. 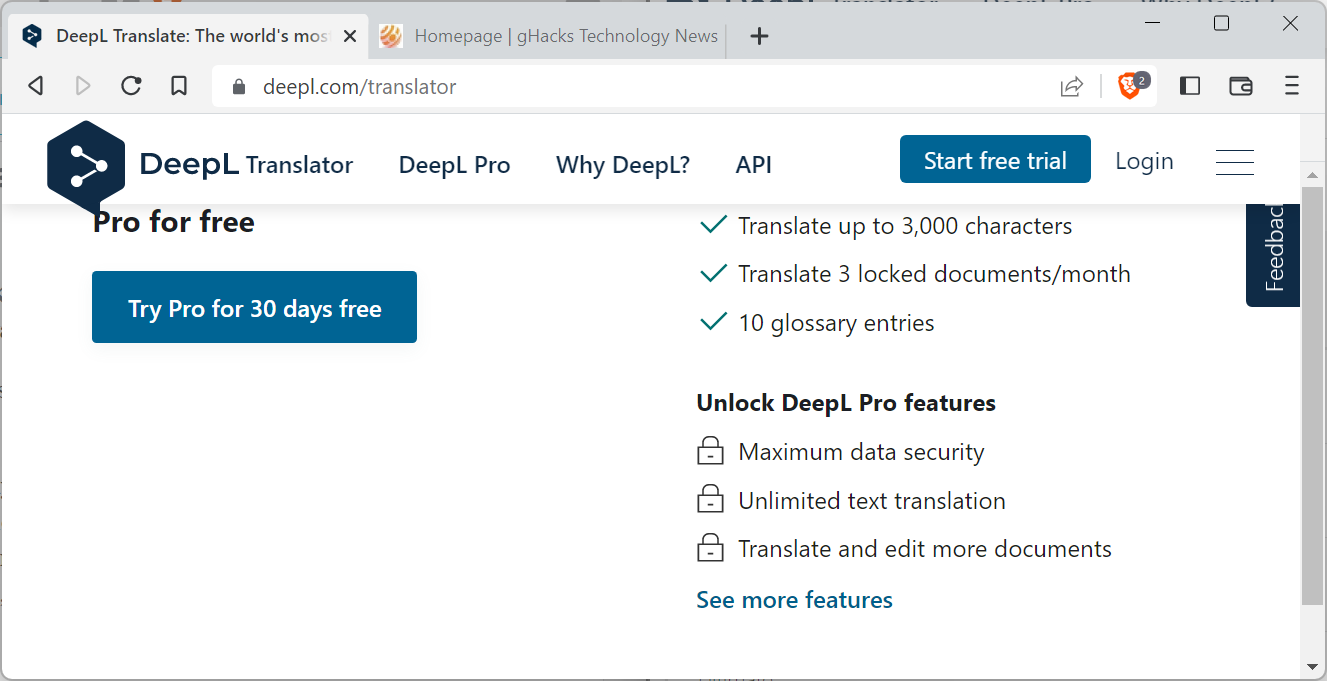 DeepL Translator Free could be used to translate up to 5000 characters in one session, up to 3 locked document translations per month, and to use 10 glossary entries, up until now.

DeepL Pro subscribers get access to unlimited characters, more file uploads, support for formal and informal tones, at least one a glossary with 5000 entries and other benefits.

When you visit the DeepL Translator website right now, you may notice that the company has reduced the character translate limit from 5000 to 3000 characters.

Not all visits show the reduced translate limit at this time; opening another browser and visiting the site may display the previous limit of 5000 characters.

It is possible that the new character limit is rolling out slowly or A-B tested by the company to gather feedback and data.

The changed character limit is not the only difference that users may encounter. Eagle-eyed visitors may also notice that the price of a Pro Starter account increased from €5.99 per month to €7.49 per month ($8.74 in the US) when paid annually. The updated price was displayed in all browsers, unlike the 3000 characters limit per translation.

Now You: do you use DeepL Translator? Do you see the old or new character limit for translations?